Iran’s President Hassan Rouhani says the lifting of all US sanctions will create “a new atmosphere” for the Islamic Republic’s economic cooperation with the world.

In a meeting with Serbian Foreign Minister Nikola Selakovic in Tehran on Sunday, Rouhani censured the United States’ illegal sanctions and the economic war against the Iranian people over the past three years.

Rouhani said the new administration in Washington has pledged to rejoin the nuclear deal of 2015, officially known as the Joint Comprehensive Plan of Action (JCPOA).

“Given the shift in circumstances at the international level and the apparent willingness of the new US administration to return to the JCPOA, with the complete lifting of the sanctions, a new atmosphere will emerge for Iran’s cooperation and economic interactions with the world,” the Iranian president said, calling on “friendly countries to try to seize this opportunity.”

The fate of the JCPOA, signed between Iran and the P5+1 group of countries – the United States, Britain, France, Russia and China plus Germany – after years of diplomacy and intensive negotiations, remains unclear. It was in 2018 when then US President Donald Trump scrapped the agreement and imposed tough economic sanctions against Iran.

While the Trump administration described its anti-Iran measures as a “maximum pressure” policy, Tehran slammed the measures as “economic war,” “economic terrorism” and also “medical terrorism.”

Joe Biden, the current president of the United States, has repeatedly spoken of willingness to rejoin the deal. But in practice he has so far been sticking with Trump’s futile pressure campaign. Washington says Tehran should return to ‘full compliance’ with the deal before the US comes back.

Elsewhere in his remarks, Rouhani said Iran valued peace, stability and security in the Balkans and the peaceful coexistence of all ethnic and racial groups.

Pointing to cordial relations between Tehran and Belgrade and the signing of a memorandum of understanding for the improvement of bilateral cooperation, Rouhani urged the expansion of ties in political, economic and trade fields.

The MoU was signed by Iranian Foreign Minister Mohammad Javad Zarif and his visiting Serbian counterpart in Tehran on Saturday.

According to the document, Iran and Serbia would expand friendly relations based on the principles of equality, sovereignty, territorial integrity, non-interference in internal affairs, mutual respect and common interests.

Rouhani also talked about the coronavirus pandemic. He said Tehran was ready to expand scientific cooperation with Belgrade in the fight against the disease.

Serbia’s minister said the country had always supported and would continue to support the JCPOA and Iran’s peaceful nuclear program.

Serbia, he added, remains determined to have friendly relations with Iran. 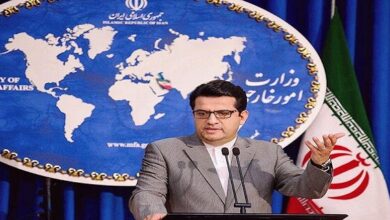 ‘Let your people breathe’, Iran urges US amid nationwide protests 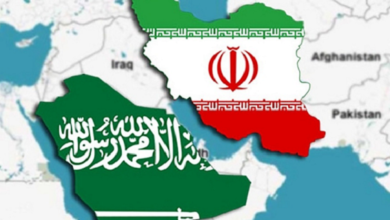