A senior Iranian official says the Islamic Republic will proceed with its support for Syria and Iraq in their fight against the Takfiri ISIL terrorists.

“We helped Syria and Iraq to battle terrorism and the ISIL and support the [establishment of] security in Syria and Iraq,” Ali Akbar Velayati, a senior advisor to Leader of the Islamic Revolution Ayatollah Seyyed Ali Khamenei, told reporters on Tuesday after his meeting with Dominique de Villepin, a former French prime minister and foreign minister, in Tehran.

He added that in his talks with Villepin, the two sides emphasized that those countries, which have not learned their lesson from supporting terrorism, should stop their support.

Velayati noted that due to Iran’s deep-seated ties with Syria, Lebanon and Iraq, Tehran “will definitely continue its aid [for those countries] in accordance with international regulations and their governments’ demand and regards this as part of its duties.”

He noted that Iran has been a pioneer in fighting against terrorism and noted that the country closely watches the ongoing developments in Syria, Lebanon and Iraq.

The ISIL terrorists control large areas of Syria’s east and north. The group first sent its militants into Iraq in June, seizing large parts of land along the border between Syria and Iraq.

They have been carrying out horrific acts of violence, including public decapitations and crucifixions, against all Iraqi communities such as Shias, Sunnis, Kurds, Christians, Izadi Kurds and others.

The West and its regional allies, including Qatar, Saudi Arabia, and Turkey, are giving financial and military support to the militants.

Abdollahian: We Do Not Trust U.S. to Lead War on Terrorism 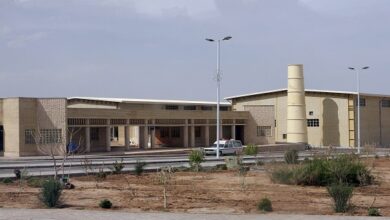 Turkish president arrives in Tehran for talks with Iranian officials