A senior Iranian official has criticized the West for its double standards on terrorism, arguing that certain Western states support terrorist groups at the same time that they claim to be fighting others.

“Unfortunately, West divides terrorism into two groups of good and bad and supports some while fighting others according to its own interests. Such a paradoxical policy has elicited the wrath and outrage of freedom-seeking people, especially those being suppressed by terrorists,” Chairman of Iran’s Expediency Council Akbar Hashemi Rafsanjani said during a meeting with Slovak Minister of Foreign Affairs Miroslav Lajcak in Tehran on Tuesday.

He described Israel as a clear example of state terrorism, adding, “When they (Western powers) support Israel’s crimes against the suppressed and defenseless people of Gaza, it is natural for the world public opinion to doubt their false claims and this makes the situation more complicated.”

Lajcak, for his part, expressed concern over the rising threat of terrorism, calling for an international coalition to fight it.

The Slovak official said the Islamic Republic of Iran, given its valuable experiences and popularity among regional countries, can play an effective role in the international coalition against terrorism.

The remarks come as British foreign secretary has urged Iran to cooperate with the US-led coalition in the fight against ISIL Takfiri militants.

“It was always unlikely that Iran would become a fully fledged member of the coalition but I think we should continue to hope that Iran will align itself broadly with the direction that the coalition is going,” Philip Hammond told reporters on Monday at the end of a Paris conference on coordinating the fight against ISIL. 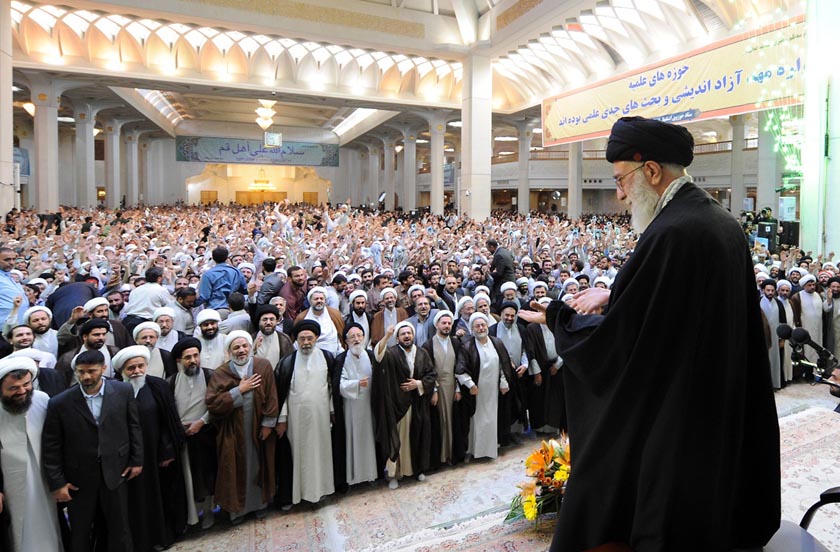 Leader addresses a large gathering of clerics, scholars in Qom