As efforts are on to develop an effective vaccine against the deadly coronavirus, China is believed to have successfully conducted the first coronavirus COVID-19 vaccine test on animals.

According to reports, China has developed a coronavirus vaccine called “PiCoVacc” which has proven very effective in monkeys. The vaccine has been developed by Beijing-based Sinovac Biotech.

The researchers at Sinovac Biotech used a very typical method to prevent the virus from infecting life forms. They put a crippled virus into an animal’s body, forcing its immune system to produce antibodies.

The researchers injected the vaccine into a kind of monkey originating in India, and then exposed the monkeys to Coronavirus three weeks later. A week later, the monkeys did not have the virus in their lungs, meaning that the vaccine was successful. Meanwhile, the monkeys that didn’t get the vaccine caught the virus and developed severe pneumonia.

The vaccine has been undergoing human tests in China since mid-April.

PiCoVacc is not the only COVID-19 vaccine that carries the hope to end the pandemic that killed hundreds of thousands of people worldwide.

Another similar product made by a Chinese military institution is being tested on humans. Sinopharm’s product, using the same method as PiCoVacc, has entered the second phase of clinical trials.

Currently, there are seven countries who have put their vaccines for clinical trials–four by China, one by the US, one by the UK, and one co-developed by the US and Germany.

Meanwhile, Italy has also informed that it has developed a vaccine.

COVID-19 was first detected in China’s Wuhan in late December and has since spread across the world. In late January, the World Health Organisation declared a global health emergency in light of the epidemic. 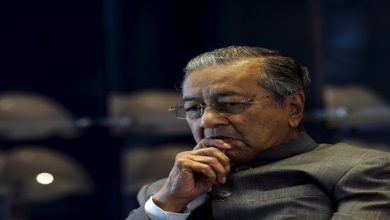 Maybe US will send a drone and have a shot at me: Malaysian Prime Minister