The crisis in relations of Qatar and the Saudi-led Arab bloc has been making headlines on the regional and international media during the past two weeks. The political crisis sparked following comments made by Emir of Qatar Sheikh Tamim bin Hamad Al Thani as well as other officials of the small Persian Gulf emirate.

Initially, four countries, including Saudi Arabia, the UAE, Egypt, and Bahrain, severed diplomatic ties with Qatar and then some other countries allied to Riyadh took the same steps, drawing focus of the regional and international media. This is while the other major regional crisis, namely Yemen crisis in which Saudi Arabia has been involved for two years, gradually lost its publicity and media coverage.

A country subjected to heavy Saudi-led bombing campaign, a major ground offensive, and strict blockade from the sea, air, and land during the past two years, Yemen is now grappling with three essential crises: famine, insecurity, and cholera outbreak.

The famine is presently hitting Yemen in a tragic scale, making the nation suffer from one of the worst situations of starvation in decades. Additionally, outbreak of cholera during the past few months took lives of thousands of the civilians in the war-ravaged country while the nation is deprived of its basic sanitary services amid a full-scale siege imposed by the Arab military coalition led by Riyadh. Moreover, since the start of war in early 2015, over 33,000 Yemenis were killed and injured, and relentless bombing of the infrastructural facilities like the bridges, ports, power plants, as well as water and electricity distribution networks has made the living conditions calamitous.

What is considerable is the ongoing Saudi fighter jets strikes across Yemen amid unfolding political crisis with Qatar. Perhaps one of the major instruments contributing to this campaign is the Saudi Arabian media game. Riyadh counts on media as one of its regional policies’ main instruments. Such news channels as Al Arabiya and Al Hadath, both owned by Saudi Arabia, are among the most-watched regional news outlets as the kingdom spends millions of dollars on them for more viewer attraction. They, the analysts suggest, are the top contributors to Riyadh in its pursuit of policy in the region. The Rotana television group, the largest Saudi-run media group in the Arab world, is another powerful arm serving the Saudi policy. Other media outlets like Asharq Al-Awsat and Al-Hayat newspapers with their millions of readers across the Arab world are providing the same service to the Saudi Arabian strategies in the region.

Over 700 Saudi-funded media outlets are existing, with aim to serve the Riyadh interests, including a promotion of the Saudi views rather than simply giving information, through shaping the public opinion across the Arab world in a desired fashion. This issue is glaringly apparent in reactions to the Yemen conflict. What is currently going on in Yemen amounts to a humanitarian disaster, however, it is overshadowed by the Saudi-Qatari political row. Along with running a campaign to meet their owners’ objectives amid a political crisis with Doha, these media are pushing in news blackout the daily pounding of various Yemeni cities from air and ground.

We should not fail to consider the international news about Yemen crisis before eruption of the Persian Gulf political crisis. Such international organizations as FAO and UNICEF have provided reports on impoverishment and diseases outbreak, giving a clear picture of the depth of disaster Yemen is dealing with.

The issue was so serious that even drew concern of Mark Warner, Senator of Virginia, whose country helps Saudi Arabia in its war on Yemen. He expressed his worries about rising casualties of civilians in war on Yemen, blaming Saudi Arabia as responsible party for the situation. Therefore, any media reflection on the Yemen tragedy will damage the Saudi picture regionally and internationally.

The Saudi dealing with Yemen and Qatar crises is directed by a combination of media and power. To put it differently, Saudi Arabia– along with the allied UAE– a country producing influential media material, is pushing for its agenda among the regional public opinion. This is observable in the recent Persian Gulf crisis in which the rift with Qatar received the major concentration and the tragic Yemen conditions are pushed to the sidelines in terms of media coverage. This media blackout of Yemen plight greatly helps the Arab kingdom to easily rain down bombs on the capital Sana’a and other major provinces like Taiz. 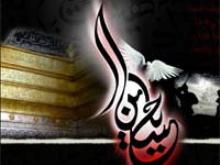 Lady Zainab, the Greatest Messenger of the Hussaini Revolution