A friendly airstrike by the Saudi-led coalition ravaging Yemen has killed at least 20 pro-Riyadh mercenaries in the impoverished country, reports say.

The mercenaries, including three senior commanders, were killed on Monday in an airstrike on their base some 50 kilometers east of the Yemeni capital of Sana’a, a military source told AFP.

This as a second military source based in Ma’rib said six pro-Riyadh mercenaries had been killed in the attack in the mountainous region of Nihm.

“An erroneous strike by coalition warplanes killed six troops – one officer and five soldiers,” said the source on condition of anonymity.

He added that another 15 mercenaries were also injured in the attack.

The Saudi-led coalition has made no immediate comment on the issue.

Since March 2015, the Saudi regime, together with a coalition of its allies, has been heavily bombarding Yemen as part of a brutal campaign against its impoverished southern neighbor. It has been attempting unsuccessfully to reinstall Yemen’s former president Abd Rabbuh Mansur Hadi, a staunch ally of Riyadh.

The Saudi campaign has killed at least 13,600 people since its onset. Furthermore, much of the country’s infrastructure, including hospitals, schools, and factories, has been reduced to rubble in the Saudi war.

A blockade imposed by the Saudi-led coalition on Yemen has also caused widespread famine in the already-impoverished country. 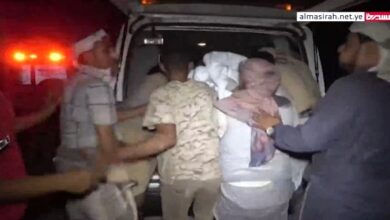 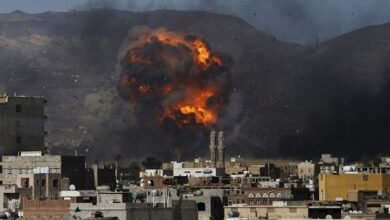