The International Red Cross has warned that thousands of Yemeni patients suffering from kidney failure risk dying unless dialysis centers across the war-ravaged country receive adequate supplies and their employees are paid.

“An astonishing 25 percent of dialysis patients in Yemen have died every year since conflict began in 2015,” the International Committee for the Red Cross said on Tuesday.

“Without dialysis treatment, the outcome is fatal,” the ICRC’s head of delegation in Yemen, Alexandre Faite, pointed out.

The Red Cross noted that since the Saudi-led war on Yemen started in 2015, four dialysis centers have been shut down in the country and the remaining 28 facilities struggle to render services with broken machines, a lack of necessary supplies and unpaid staff.

Meanwhile, many patients have cut back their weekly dialysis sessions two instead of the recommended three.

The report comes as healthcare centers across Yemen are also running out of necessary medical items for cancer patients due to Saudi Arabia’s direct bombardment of medical facilities and its crippling blockade that has prevented the flow of medical supplies to Yemeni hospitals.

Over 50 cancer medical items have become unavailable across the country, while importing them is highly challenging due to the ongoing war and blockade.

Monthly treatment for each cancer patient costs $3,000, while many patients who can afford the expenses are not even sure if they can receive the next dose of their medicine a week later as cancer therapy centers are running out of necessary supplies.

The UN humanitarian coordinator for Yemen on January 24 announced his resignation over “frustration because we have not been able to do more for the people in this country.” Jamie McGoldrick’s resignation came two days after Ismail Ould Cheikh Ahmed, the UN envoy for the war-torn country, said he would step down.

Multiple rounds of UN-brokered peace talks between Yemen’s conflicting sides have collapsed amid the Saudi-led coalition’s aerial and ground attacks as well as Riyadh’s support for the militants loyal to the former government operating on the ground against Houthi fighters and allied forces.

Last month, the UN called for what it referred to as a record $2.96 billion aid for war-ravaged Yemen, where Saudi airstrikes, looming famine, and a cholera epidemic have claimed the lives of thousands of people.

According to the World Health Organization’s latest count, the cholera outbreak caused by the Saudi-led war has killed 2,167 people since the end of April 2017 and is suspected to have infected more than one million people.

The UN has described the situation in Yemen as the “world’s worst humanitarian crisis.”

More than 13,600 people have been killed since the onset of the Saudi-led war on Yemen. Much of the Arabian Peninsula country’s infrastructure, including hospitals, schools, and factories, has been reduced to rubble in military strikes. 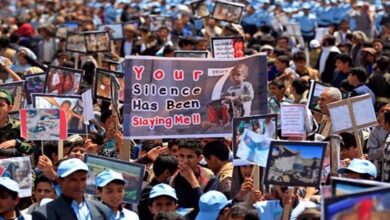 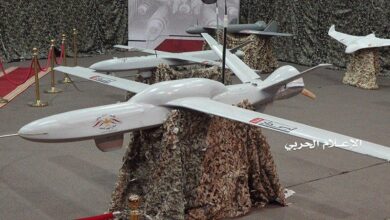