Yemen’s Ansarullah fighters have captured a Saudi surveillance drone in the northwestern Yemeni province of Sa’ada.
According to Yemeni reports, the Houthi fighters seized the drone, which had parachute landed due to a technical fault, while patrolling the area on Friday.

Saudi Arabia is continuing its brutal airstrikes against Yemen despite the deteriorating humanitarian situation in the impoverished Arab country.

Meanwhile, Ansarullah fighters killed a number of al-Qaeda terrorists in Yemen’s central province of Ma’rib and destroyed their bases.
This as the al-Qaeda and ISIL terrorists bombed al-Thorah hospital in the southwestern province of Ta’izz.

The Yemeni army also on Saturday responded to airstrikes that hit Um Sorra, five kilometers southwest of the strategic southern town of Loder.

Meanwhile, six people were injured in the Saudi air campaign against Tadhamon International Islamic Bank and the Layali Dubai hotel in the northwestern Yemeni province of Hajjah.

At least one Yemeni soldier was killed and five others were injured in a series of airstrikes targeting a military base in Safra region in Sa’ada province. Earlier, Saudi warplanes hit residential areas in Malahid region in the north of the province.
Fighter jets also bombarded a square and a military base in Sana’a. There were no reports of casualties.
Riyadh launched its military aggression against Yemen on March 26 – without a United Nations mandate – in a bid to undermine the Houthi Ansarullah movement and to restore power to the country’s fugitive former president, Abd Rabbuh Mansur Hadi, who is a staunch ally of Riyadh.
On April 21, Riyadh announced the end of the first phase of its unlawful military operations, but airstrikes have continued with Saudi bombers targeting different areas across the country in a new phase.
On Friday, the World Health Organization (WHO) said 1,244 Yemenis lost their lives and 5,044 others were injured from March 19 to April 27. Hundreds of women and children are among the victims, according to the WHO.
The United Nations Security Council on Friday failed to agree on a Russia-drafted statement, demanding a ceasefire in Yemen.
Reports said that the 15 member states of the UN body refused to back Moscow’s proposed statement that called for an immediate ceasefire in a bid to send humanitarian aid to the restive country. 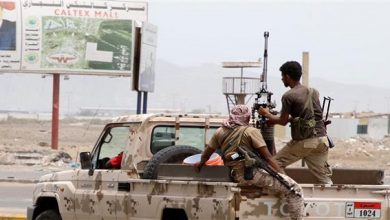 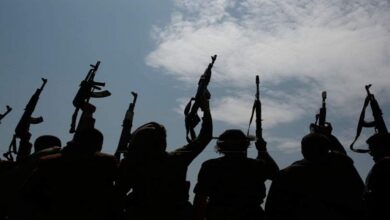