On the occasion of the anniversary of the September 21, 2014 revolution, the Yemeni army flexed its muscles to the Saudi aggressing coalition by unveiling new missiles.

Today (Wednesday) on the occasion of the anniversary of the September 21, 2014 revolution held military parades during which it also displayed new domestically-made missiles to scare off the Saudi-led military coalition.

According to local Yemeni media, Yemen’s new missiles were unveiled during a magnificent military parade in the presence of Mehdi Al-Mashat, the Commander-in-Chief of the Yemeni Armed Forces and the head of the country’s Supreme Political Council.

The unveiled long-range missiles include “Hatem”, “Meraj”, “Falaq”, “Karar” and “Quds 3” as well as several other sea and air missiles.

The people of Yemen started a series of protests due to the incompetence of Abd Rabu Mansour Hadi government, the fugitive president of Yemen and finally on September 21, 2014, they entered the capital city of Sana’a along with the Houthi-led Ansarullah movement and sezied power after ousting Mansour Hadi, whop fled to Saudi Arabia.

Follwoing the recoltuion Saudis formed a military coaltion to allegedly reinstate the fugitive and ousted Had government in power and have been waging a brutal aggression against the Yemeni nation since 2015.

Yemen peace talks to resume in Kuwait after 3 days: UN 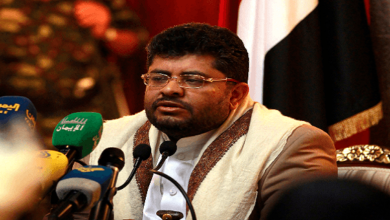