A member of the Supreme Political Council of Yemen has denounced a “hostile” decision by the administration of former US President Donald Trump to designate the country’s popular Houthi Ansarullah movement as a foreign terrorist organization, terming the move as a source of pride for all Yemenis.

“We are not afraid of Americans, and our nation is standing firmly in the face of threats and aggression,” Mohammed Ali al-Houthi said on Monday at a mass rally in the western coastal city of Hudaydah in condemnation of Ansarullah blacklisting.

Trump was a staunch ally of Saudi Arabia, offering logistical help and military sales for the kingdom’s six-year war on Yemen to dislodge the Ansarullah-led and Sana’a-based National Salvation Government, which is controlling much of the war-torn country.

During his Monday speech, Houthi noted that the hostile US designation is a source of pride for the entire Yemeni nation, and Yemenis are proud to have caused fear for the United States administration.

He praised Yemeni people for their mass participation in countrywide demonstrations to condemn the blacklisting of Ansarullah, stating that the leader of the movement, Abdul-Malik al-Houthi, will remain a great and prominent symbol for Yemen, and the nation will continue to stand by his side.

Separately, participants in nationwide rallies in protest at the US move issued a joint communiqué and described the United States and Saudi Arabia as true symbols of terrorism.

“True terrorism is what the US-Saudi alliance is doing by besieging Yemeni ports and airports. The inclusion of Ansarullah in Washington’s list of terrorist organizations is a sign of US defeat in Yemen,” the statement read.

The communiqué noted that the Saudi-led aggression on Yemen is primarily a US project, emphasizing that Washington supports the onslaught, and provides political cover for it.

It added that the Daesh and al-Qaeda terrorist groups are fighting in Yemen under the auspices of aggressor countries.

Moreover, 300 international organizations have called on the United Nations to end as soon as possible the Saudi-led coalition’s aggression against Yemen.

“Tens of thousands of Yemenis have been killed as a result of the Saudi-led coalition’s attacks since [March] 2015, and the country is in ruins. The United Nations has described the war as the largest humanitarian crisis [in the world],” they said in a statement.

“Half of Yemeni people are at the risk of starvation, and the country is the scene of the outbreak of the worst virus in modern history. Yemen currently has the highest coronavirus death rate in the world, with one in every four people,” the statement read.

It added, “The Yemen war is going on only because of the continued flow of munitions, political support and propaganda campaign of Western countries, particularly the United States and Britain, to Saudi Arabia. The West is an important factor in the war, and has the ability to stop the biggest humanitarian crisis in the world.”

The organizations then called on their respective countries to stop the foreign-sponsored aggression against Yemen, give up military support to Saudi Arabia and the United Arab Emirates, end the siege of Yemen and increase humanitarian aid to the war-ravaged Arab country. 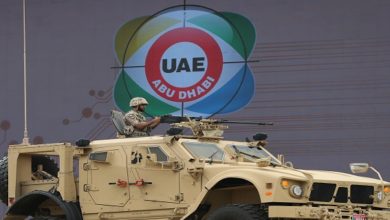