Yemeni army troops, backed by their allies from Popular Committees, have attacked Saudi soldiers in the kingdom’s southwestern provinces of Jizan and Asir in retaliation for a brutal aerial campaign.

On Wednesday, Yemeni snipers shot dead a commander of the Saudi-led coalition and his companion east of al-Doud mountain in the same province, it added.

In a separate report, al-Masirah said Yemeni snipers either killed or wounded at least four Saudi mercenaries in al-Rabou’a area near the Alab crossing in Asir on Thursday.

Later in the day, a number of other Saudi mercenaries were either killed or wounded after an improvised explosive device, planted by the Yemeni army, exploded in Maris area of Yemen’s south-central province Dhale.

Yemeni forces regularly target positions inside Saudi Arabia in retaliation for Riyadh’s war on Yemen, which began in March 2015 in an attempt to reinstall a former regime and eliminate the Houthi Ansarullah movement. 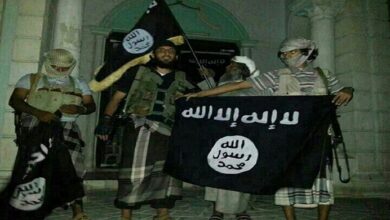