The grand structure of the thousand-year old al-Azhar University and Mosque stands majestically across the Nile River in the Egyptian capital Cairo. Like the Nile, it is the symbol of Egypt. Al-Azhar was built in 359 AH by the Shi’ite Muslim Fatemid dynasty that claimed descent from Hazrat Fatema az-Zahra (peace upon her) the immaculate daughter of Prophet Mohammad (blessings of God upon him and his progeny). Hence, Azhar is a derivative of Zahra which means the Radiant in Arabic. Over two hundred years later after its foundation al-Azhar along with Cairo and the whole of Egypt fell to the Kurdish invader Salaheddin Ayyoubi, who despite his expelling of the Crusaders from Bayt al-Moqaddas, persecuted Shi’ite Muslims and weakened the status of al-Azhar as the leading centre of Islamic teachings. Like the Mongols, who ravaged the eastern Islamic lands and destroyed the written heritage of Muslims, the Ayyoubids also burned hundreds of thousands of books in Cairo and other cities because of their prejudice towards the followers of the Prophet’s Ahl al-Bayt or Blessed Household. Â Thereafter, al-Azhar turned into a centre of Sunni teachings, especially following the fall of Muslim Spain to the Christians that made the scholars of Andalusia flock to Egypt. Gradually, over the centuries, al-Azhar emerged as a centre of different sciences but it was soon to lose its independent status. In 1954, Egyptian ruler, Jamal Abdun-Nasser, seized the control of al-Azhar and ended its independence by placing it under direct control of the state with the power to appoint and dismiss its Dean. Ever since al-Azhar has became a tool of ruling Egyptian regimes.

However, despite state control al-Azhar’s international fame has remained as students and scholars from various countries come to Egypt to learn. It started branching into other fields of science in the early 1950s before the state takeover, especially when the then Dean Sheikh Mahmoud Shaltout founded the colleges of medicine, technology and science. His other measure was setting up of a special centre of learning for female students at al-Azhar. Another important measure of Sheikh Mahmoud Shaltout was to strengthen Islamic unity by recognizing the Ja’fari or Shi’ite Muslim jurisprudence as one of the five mainstream schools of Islam. It is also interesting to note that in the 1920s and 1930s the then Dean of al-Azhar, Sheikh Hasan al-Bishri, had a long correspondence with Lebanon’s famous Shi’ite Muslim scholar, Allamah Seyyed Abdul-Husain Sharafeddin al-Muwavi, which resulted in the publishing of the famous book, al-Muraja’at that has been translated into English as the “Right Path”. It is a very fascinating Sunni-Shi’ite dialogue with convincing proofs for strengthening Islamic unity, and has been translated into major world languages.

Last March, following the death of Dean Mohammad Tantawi, the Egyptian government has appointed Ahmad at-Tayyeb as the new Dean. The change comes at a crucial time when President Hosni Mubarak who has ruled Egypt for almost the past three decades with American support and by crushing all opposition, is grooming his son Jamal to take over the presidency. It is also unfortunate that al-Azhar, despite its Islamic prestige, never objected to the policies of President Mubarak including his over dependence on the Americans, his relations with the illegal Zionist entity, his building of the steel wall on the borders of the Gaza Strip to deny access to the outside world to the besieged Palestinians, and his banning of the popular Islamic Brotherhood party and other Islamic groups from actively participating in the country’s political process. As a result, al-Azhar has seen the eroding of its credibility, both among the Egyptian people and in the Muslim. It would be interesting to see what policies the new Dean will follow, especially when Mubarak is facing tough challenges to his rule from all quarters with calls for change and not dynastic rule by the Egyptian Muslims.

Observers, however, consider Sheikh Ahmad at-Tayyeb as an apolitical person more interested in scholarly pursuits and solidarity among Islamic schools of jurisprudence. According to Secretary-General of the Tehran-based World Assembly for Proximity among Islamic Schools of Jurisprudence, Ayatollah Mohammad Ali Taskhiri, the new Dean of al-Azhrar opposes extremist or Takfiri/Salafi ideas that brand other Muslims as infidels. But Ahmad at-Tayyeb has taken illogical and irrational stances, perhaps on government orders or under pressure from extremist groups inside and outside al-Azhar. In an interview with the Saudi/Wahhabi funded al-Arabiyya TV channel, he said al-Azhar counters any effort for spread of Shi’ite Muslim teachings in any Muslim state. This is not surprising in view of the fact that last year Saudis provided 86 million dollars to al-Azhar. It should be recalled that the late Sheikh Tantawi had explicitly aired his views against Wahhabism, saying there is no such denomination in Islam. Thus it would be interesting to see how the new Dean confronts Wahabbi/Salafi ideas, especially in view of the tendency towards the teachings of the school of the Prophet’s Ahl al-Bayt among Egyptians who centuries ago used to be Shi’ite Muslims. This revival has alarmed both the Egyptian government and the Saudis who are pressuring Sheikh Ahmad at-Tayyeb Wahabbi to bow to their dictates at the expense of Islamic solidarity. 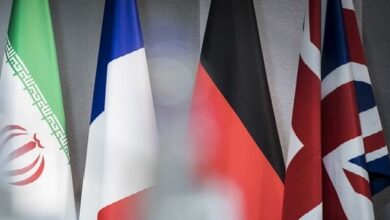 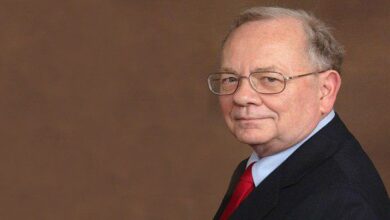 Americans should know that Persian Gulf is not American lake: Former US diplomat