Pope Francis has sent 100,000 euros ($106,000) to the poor in the ravaged Syrian city of Aleppo, a Vatican spokeswoman said in a statement Friday.

The Vatican administration, known as the Curia, contributed to the donation, which will be made through the papal charity office and the Franciscan order working in the Holy Land, Reuters reported.

On December 15, Syria announced the liberation of Aleppo from the foreign-backed terrorists, with President Bashar al-Assad praising the victory as “history in the making and worthy of more than the word congratulations.”

The Syrian security forces had encircled Aleppo in July 2016 after closing off the last terrorist-controlled route into the city.

Over the past almost six years, Syria has been fighting foreign-sponsored militancy. UN Special Envoy for Syria Staffan de Mistura estimated in August that more than 400,000 people had been killed in the Syrian crisis until then. The UN has stopped its official casualty count in Syria, citing its inability to verify the figures it receives from various sources.

Fresh Rallies in Nigeria to Demand Freedom of Sheikh Zakzaky 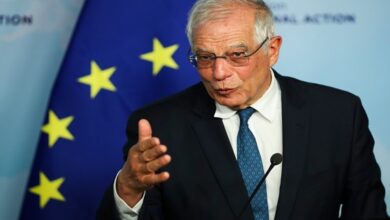