UN Secretary-General Antonio Guterres said that the US decision to block a former Palestinian prime minister from leading the UN political mission in Libya was “a serious mistake.”

Washington blocked the proposed appointment of Salam Fayyad, the Palestinian Authority’s prime minister from 2007 to 2013, a week ago. It said it was acting to support its ally, Israel.

“I believe that it’s essential for everybody to understand that people serving the UN are serving in their personal capacities. They don’t represent a country or a government,” Guterres said, speaking at the Munich Security Conference Saturday, the Associated Press reported.

Guterres said that Fayyad “was the right person in the right place at the right time.” Libya has been gripped by unrest since its 2011 revolution and the killing of longtime leader Muammar Gaddafi. 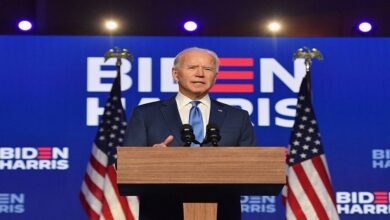 Joe Biden predicts victory over Trump as counts go on

Russia, EU to Hold Next Round of Anti-Terror Talks in Brussels