A senior British Sunni scholar has reiterated that ISIS Takfiri terrorist group does not represent Islam and Sunnis in any way.

Shaykh Muhammad Umar ibn Ramadhan, the chairman of Ramadhan Foundation in Britain, made the remarks after a meeting with a number of Shiite scholars and officials of the Astan (custodianship) of Imam Hussein (AS) in the Iraqi city of Karbala, the website of the Astan reported.

He is visiting Iraq at the head of a delegation of Sunni scholars from Britain to learn about the conditions of the Arab country, the war Takfiri terrorists and the role of Shiite scholars and sources of emulation (marajii taqlid) in mobilizing Iraqis in the fight against terrorism.

Regarding his visit to Iraq Shaykh Umar ibn has said, “our visit to Iraq is to show unity and solidarity to our brothers and sisters who are fighting against ISIS terrorists, our message is clear ISIS is the enemy of Islam and all Muslims be it Sunni or Shiite”.

The delegation includes very prominent scholars such as Professor Pir Syed Ahmed Hussain Tirmidhi Shah Sahib – President of Markazi Jamati Ahli Sunnat UK & Overseas (Central Association of Sunni Muslims in the UK & Overseas – The Largest & Oldest Representative of Sunni Muslims in the UK est.1979), who before the start of the trip said, “I look forward to visiting Iraq and Learning first-hand about the crimes of ISIS”.

Allama Imam Qazi Muhammad Abdul Aziz Chisti Sahib – Chairman of Jamia Islamia Ghousia Trust & Secretary General of Markazi Jamati Ahli Sunnat UK & Overseas (Central Association of Sunni Muslims in the UK & Overseas) has said, “ISIS or any other terrorist organisation is a clear enemy of all humanity, only with unity can we defeat this evil”.

The delegation is visiting the cities of Najaf, Kufa, Karbala and Baghdad, many lectures, conferences, programs and TV interviews have been arranged for the delegation.

The delegation will also meet privately the Iraqi Prime Minister Haider al-Abadi to discuss the ongoing campaign against ISIS and what support UK Muslims can offer.

The delegation is expected to visit various cities and towns recently taken by the Iraqi Government from ISIS terrorist group, to gain first hand experiences of the atrocities and crimes of the Takfiri terrorists. A visit will also be made to Baghdad’s child trauma centre to visit the children who are sadly the victims of war and learn from them their experiences regarding the crimes committed by ISIS and how war has affected them.

The visit is expected to end with a joint press conference with Iraqi Sunni & Shiite scholars for a declaration to be made against ISIS and its crimes against humanity. 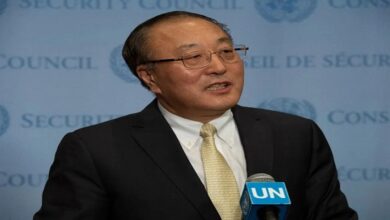 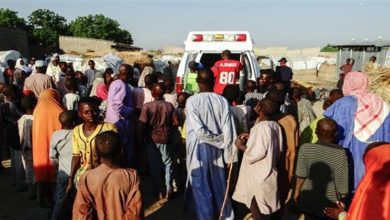