The Attorney General of the Federation and Minister of Justice, Abubakar Malami (SAN), has asked the Supreme Council for Islamic Affairs to formalize its request for the ‎release of the leader of the Islamic Movement in Nigeria Sheikh Ibrahim El-Zakzaky.

Zakzaky and some members of the group have been in detention after army’s brutal attack by ordering of Chief of Army Staff, Lt. Gen. Tukur Buratai on Islamic Movement members, ‎in Zaria in December 2015.

Special Adviser to the AGF on Media and Publicity, Salihu Isah, said in a statement on Thursday, that Malami gave the advice on how to press for the detainees’ release during a visit to him on Tuesday by a delegation of NSCIA put together by its National President and the Sultan of Sokoto, Alhaji Muhammad Sa’ad Abubakar.

‎The NSCIA 10-man delegation led by Prof. Daud Noibi, who is also the Chairman of the NSCIA Contact Committee, was said to have requested the AGF to intervene for the release of El-Zakzaky and how injured members of his group could be given adequate medical attention.

The delegation also sought the AGF’s intervention so that members of the group who died in the clash could be given befitting burial.

But the AGF, was said to have in response, enjoined the Council to formalise its demands to the Federal Government because of the sensitivity of the issue.

‎The AGF said, “I will do whatever I can within the confines of the law to see how an amicable resolve can be achieved.
“So when your demands are formalised, I will treat and facilitate it to the appropriate quarters accordingly.”

Malami described the attack on Islamic Movement by Nigerian Army in Zaria as unfortunate and sad.
He said the incident was an avoidable one, stressing that it was important to investigate it to avert a re-occurrence in the future.

Speaking earlier, Noibi told the AGF that when the Army attack occurred, the Council quickly summoned a meeting presided over by the Sultan of Sokoto with a view to seeking ways for a sheathe of sword by the warring parties.

He requested that the composition of the Commission of Inquiry to be set up by the Federal Government to include representatives of the Nigerian Supreme Council of Islamic Affairs among others.

He said, “No doubt, you are aware of the seriousness of the issue that brought us, that is the clash between Shiites and he Army…When it happened, the Council called a meeting presided over by the Sultan because it is the duty of the Council to meet stakeholders to have amicable settlement.

“We have met the Army Chief, the Inspector General of Police and others, and now it’s your turn as Minister of Justice.
“We want to request that those injured in the clash should be given adequate medical attention, while those who are dead should be released to their families for proper burials.” 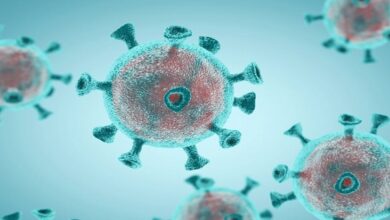 Mutated strain of coronavirus may have leaked from UK vaccine lab: Source 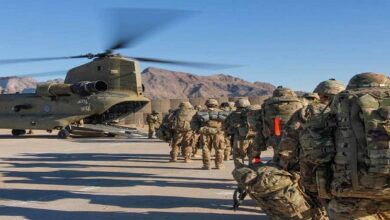