Our attention has been drawn to reports by some media outfits showing the picture of the General Officer Commanding GOC,1 Mechanized Division, Major General Adeniyi Oyebade inspecting some arms captured by the Nigerian Army from armed bandits and cow rustlers that were wrongly attributed to the members of the Islamic Movement in Nigeria by news reporters.

It is confirmed from journalists present at the conference that the GOC did not say that those arms were recovered from the Islamic Movement, but rather from armed bandits and cow rustlers .

We wish to reiterate here that the Islamic Movement in Nigeria has never been armed and is not armed and does not operate or support any form of armed struggle. It is rather a Movement that believes in extending its message of fairness and justice to all irrespective of sect or religion in a peaceful manner.

It would be recalled that the General Officer Commanding 1 Mechanized Division of the Army stated unequivocally in his address announcing the arrest of the revered leader of the Movement, Sheikh Ibraheem Zakzaky that the members of the Movement were not armed but were carrying sticks machetes and catapults.

We also categorically refute in strong terms the claims of the GOC that none of our members is currently with the military. We have a list of about 700 of our members that are currently missing some of which are in detention with the Army at Basawa Barracks, Nigerian Army Depot in Zaria, Jaji Cantonment and 1 Mechanized Division in Kaduna.

More so, in its desperate attempt to cover up its indefensible crime against humanity, of indiscriminate killing of defenseless and unarmed civilians in Zaria, the GOC in the conference depicted the Islamic Movement in bad light accusing it of threatening peace and stability in the country.

We challenge the GOC to come up with a single occasion when the Islamic Movement in Nigeria under the leadership of his Eminence Sheikh Ibraheem Zakzaky ever threatened the peace and stability of Nigeria or engaged in any form of violence throughout its 38 years of existence.

As a matter of policy the IMN has never and will never engage in any form of violent activities no matter the level of provocation. This is evident in the incident of the killing of 34 members of the Islamic Movement including three biological sons of the leader, Sheikh Ibraheem Zakzaky by the Nigerian Army last year.

IMN believes that even the Nigerian Army was aware that the Movement and its members were unarmed and defenseless when they launched their brutal attack of indiscriminate killings of men, women and children, judging by the nature of the attack which was actually preplanned.

It is therefore laughable for the GOC to claim that the Army had no issues with the Islamic Movement when the Army had killed six biological sons of Sheikh Ibraheem Zakzaky, his elder sister and over one thousand of his followers in just 18 months.

The GOC was actually right in his statement that they “know the business of violence” which was of course what they displayed in Zaria in contravention with the rule of law and order to which he is now trying to convince the world that they are “guardians of democracy” in yet another contradictory statement.

Still on the Army’s “guardians of democracy” the GOC stated in a sense of arrogance and lack of civility, that they have “no apology” on the killing of over one thousand unarmed civilians including women and children, we say, in as much as no member of the Movement is expecting any apology from the Army for its crime in Zaria, he should tell that to God his creator and the creator of those they killed in Zaria.

PRESIDENT, MEDIA FORUM OF THE ISLAMIC MOVEMENT IN NIGERIA 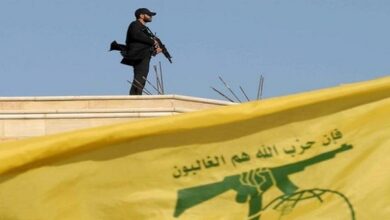 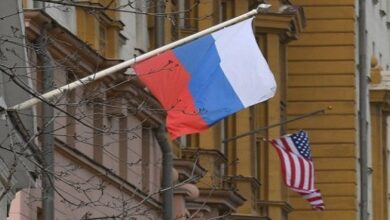 Hundreds of ISIL Terrorists Return to Their Countries, Including US, UK