Russia says it would consider an airborne operation against Daesh Takfiri terrorists in Iraq if it receives a formal request from the Arab country’ authorities for conducting such a military campaign.

“In case of an official address from Iraq to the Russian Federation, the leaders of our country would study the political and military expediency of our air force’s participation in an air operation. Presently we have not received such an address,” Valentina Matviyenko, the Russian Federation Council speaker, told reporters during an official visit to Jordan on Tuesday, RT reported.

Matviyenko’s remarks came three days after Iraqi Prime Minister Haider al-Abadi said that he had the government’s approval to welcome Russia’s air campaign against terrorists inside Iraq. It has been the second time Abadi has welcomed Russians to conduct anti-terror air campaign against Daesh in his country since September 30, when Russia launched its military campaign against Takfiri terrorists operating in Syria upon a request from the Damascus government.

In a meeting with Abdur-Rauf Rawabdeh, the president of the Jordanian Senate, Matviyenko also emphasized that “Russia has no other political objectives and no interests other than the defeat of ISIL,” adding that Moscow’s objectives make it different from “other nations that participate in another coalition.”

She also said that the Syrian people are the only ones who can determine the fate of their country without any external pressure or direct interference from other states.

Meanwhile, Abadi said that the so-called international collation against Daesh had failed to fulfill Iraqis’ expectations in supporting the country’s army in its war against terrorists.

The Iraqi premier, who had participated in an opening ceremony for a hospital in the holy city of Karbala, added that without Iraqi ground troops and fighters the collation’s airstrikes had little effects on the terrorists.

The northern and western parts of Iraq have been plagued by gruesome violence since Daesh terrorists began their campaign of terror in the country in June 2014.

According to the United Nations, more than 21,000 Iraqis have lost their lives or sustained injuries due to the acts of violence and terrorism in the Arab country since the beginning of the year.

In a statement released on October 1, UN High Commissioner for Human Rights in Iraq Fadel Ghraoui pointed to the dramatic rise in the number of Daesh operations against the Iraqi people, noting that a total of 6,238 Iraqis were killed and another 14,933 injured between January 1 and October 1 this year.

Iraqi army soldiers and volunteer fighters are seeking to win back militant-held regions in joint operations.

Turkey Embraces ISIL, Its FM Says War Must Be against Assad Regime 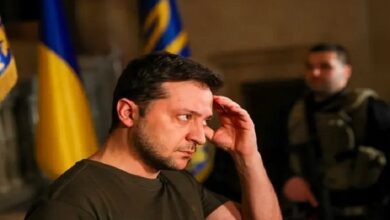 Zelensky fled to Poland and is ‘hiding in US embassy,’ Ukrainian lawmaker claims 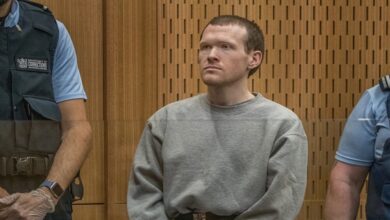