Eid Ghadeer at Husainiyyah Baqiyatullah Zaria on 18th of Dhul Hijjah 1436. Hundreds of thousands attended the gathering where they listened to the lecture of the Leader of the Islamic Movement in Nigeria Sheikh Ibraheem on the event.

He started by congratulating the gathering on Ghadeer which he described as the best of Eids in Islam with appointment of Imam Ali (alaihis salam) by the Prophet (SAWA) as his successor and leader of the Ummah after him.

He cleared many conceptions attributed to the day while mentioning the major events which occurred such as saving of Ibraheem from fire of Namrod; appointment of Yushau as the successor to Prophet Musa (alaihis salam) and Prophet Isa (AS) appointed Sham’unu Ssafa as successor etc.

He said it is also the day for making brotherhood among Muslims as the prophet did in Madina among his companions while reserving Imam Ali(AS) as his brother on that day- the 18th of Dhul Hijjah.

It was on 18th of Dhul Hijjah 35AH Muslims paid allegiance to Imam Ali in the mosque after Uthman was killed.

Sheikh further explained that the issue of Prophet’s successor and Hajj rite were delayed until toward the end of the life of the Prophet and therefore the Prophet ordered companions to attend Hajj with him. What happened during hajj were explained by Sheikh Zakzaky.

After sunset prayers and Thanksgiving Sheikh Zakzaky spoke on the virtues and undespituted status of Imam Ali( alaihis salam). The programme for the day was ended with ziyara of Imam Ali and recitation of Kumayl by Sheikh Zakzaky. 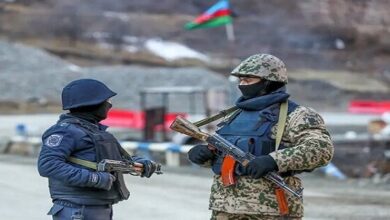