Following the publication of his book: “Covenants of the Prophet Muhammad with the Christians of the World,”Dr. John Andrew Morrow, a well-known Muslim scholar, author and speaker decided to turn words into actions.

Rather than denounce radicalism from afar, Dr. Morrow decided to expand on the already thriving Covenant Initiative by calling on all world actors to rise against the black flag of ISIS by declaring its actions acts of genocide.

“We, call upon all political powers: beyond all affiliations, and  in the true spirit of human solidarity and decency, to categorize the crimes being committed by ISIS and other Takfiri terrorists against Christians, Twelver Shiites, Ismailis, Alawis, Sufis, and traditional Sunnis, as acts of religious, cultural, and ethnic genocide,” Dr. Morrow urged.

The petition, which was initially inspired by Bishop Francis Kalabat, calls for solidarity in between all Abrahamic faiths.

At such a time when ISIS has spread across all four corners of the world, funded and propped up by those powers which seek to defile the religious to better enslave and oppress, Dr. Morrow has said to be determined to stand a vigil.

“Since ISIS does not sleep, neither will I,” said the scholar.

In true Islamic tradition Dr. Morrow is urging Muslims to honor their faith by shining a light against the evil of radicalism and Wahhabi absolutism.

In the words of Imam Hassan, from whom we learn peace: “Befriend people in the same manner you would like them to befriend you.” 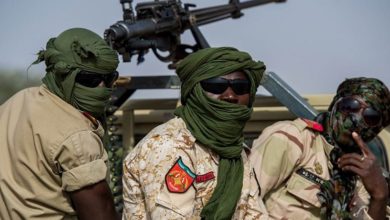 US ‘training Syrians to fight against President Assad,’ McCain says