Brexit has led to a shortfall of 330,000 people in the UK labor force, mostly in the low-skilled economy, a report by leading researchers has found.

The departure from the EU in 2020 led to an increase in immigration from non-EU countries, but not enough to compensate for the loss of workers from neighboring countries, according to the joint findings of the think tanks Centre for European Reform (CER) and the UK in a Changing Europe.

Their calculations took account of recent Office for National Statistics figures that showed an overall reduction in net immigration of 540,000 to June 2022.

However, to assess the impact of Brexit within than decline, the report also used the ONS annual population survey to help model what the UK workforce would have looked like had freedom of movement not come to end and British immigration laws remained the same.

The post-Brexit points system immigration system has, by design, made it more difficult for those without qualifications to move to the UK to work. The system came into force in January 2021 and by June 2022 there was a shortfall of 460,000 EU workers, the research found.

The arrival of 130,000 non-EU workers cushioned the blow but did not close the gap, leaving “large shortfalls” in six key sectors.

Transport and warehousing was worst hit, with a reduction of 128,000 EU workers, or 8% of total employment in that sector.

In wholesale and retail, the drop amounted to 3%, or 103,000 EU workers, while in the hospitality and food sector, it was 4%, or 67,000. Manufacturing and construction were down 2% each, and there was a decline of 32,000 EU workers in administrative and support areas.

“In more skilled sectors, such as healthcare, education, and ICT, an increase in non-EU workers more than compensated for losses of those from the EU,” the report found.

The research, entitled Early Impacts of the Post-Brexit Immigration System in the UK Labour Market, was produced by Jonathan Portes, a professor of economics at King’s College London and a senior fellow at the UK in a Changing Europe, and John Springford, deputy director of the CER. “Overall, the new system is working broadly as Leave advocates promised,” they concluded.

The CER report comes a couple of months after a key Brexit backer, the chief executive of Next, Lord Wolfson, called on the government to revisit immigration rules to lure back EU workers. 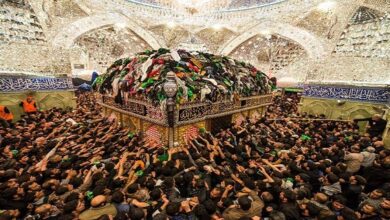 West to Join Forces with Assad in Face of ISIL: The Independent