Russia says the United States is still failing to address Moscow’s binding security demands to prevent NATO’s eastward expansion and to bar Ukraine from the US-led military alliance, but it leaves the door open to further talks to defuse tensions.

Russia and NATO have recently been at odds over Ukraine. Western countries accuse Russia of preparing for an invasion of Ukraine by amassing 100,000 troops and armaments near the border with that country. Rejecting the allegation, Moscow says the troop build-up is defensive as NATO has increased its activity near Russian borders.

Last month, the Russian government demanded that the Western military alliance deny Ukraine membership at NATO and roll back its military deployments.

Moscow also proposed that the US not establish any military bases in the former Soviet states that are not part of NATO, and not develop a bilateral military alliance with them. Washington has rejected the proposals as “non-starters.”

The US and the European Union (EU) have already threatened tough economic sanctions against Russia in case of an attack on Ukraine.

Rejecting Russia’s demand to bar Ukraine from NATO, US Secretary of State Antony Blinken said on Wednesday that Washington, in coordination with NATO allies, had given Moscow “a serious diplomatic path forward, should Russia choose” to resolve the Ukraine crisis.

“There should be no doubt about our seriousness of purpose when it comes to diplomacy, and we’re acting with equal focus and force to bolster Ukraine’s defenses and prepare a swift united response to further Russian aggression,” he added.

However, the so-called “diplomatic path” by the US did not initially impress Russia, with Kremlin spokesman Dmitry Peskov saying in a press conference on Thursday that “it cannot be said that our views were taken into account, or that a readiness to take our concerns into account was demonstrated.”

“Let’s not rush into assessments; it takes time to analyze,” he further said, adding that the documents were with Russian President Vladimir Putin and that he had read them.

“It would be silly to expect a response on the next day,” Peskov noted, saying that working-level contacts between the two countries would continue and talks between Russian Foreign Minister Sergei Lavrov and Blinken were expected soon.

Separately, Lavrov said Russia’s chief concern – the potential for Ukraine to join the US-led military alliance – had been overlooked. However, he said that it would still be possible to move forward on other issues.

“There was no positive response to the main question,” the Russian foreign minister said in a statement, but “”here is a response which gives hope for the start of a serious conversation on secondary questions.”

On Wednesday, Lavrov stressed that Moscow would take unspecified “appropriate measures” if Washington and its NATO allies refused to provide Russia with the security guarantees it is demanding.

He also said NATO Secretary General Jens Stoltenberg had “lost touch with reality,” when asked about NATO boosting its presence near Russia’s borders.

The developments come as the US once again on Wednesday encouraged its citizens to leave Ukraine, warning an invasion could be imminent.

Separately on Thursday, Vladimir Ermakov, a senior Russian foreign ministry official, said the US was preparing to deploy short and intermediate range missiles to Europe and the Asia-Pacific region.

He warned that a nuclear missile crisis between Russia and the US was unavoidable without measures to ensure restraint and predictability, the TASS news agency reported, reminding of their last confrontation known as the 1962 Cuban Missile Crisis.

Relations between Ukraine and Russia have been deteriorating since 2014, when the then-Ukrainian territory of Crimea voted in a referendum to fall under Russian sovereignty. The US and the European Union backed Kiev, refusing to recognize the referendum results and later imposing sanctions on Moscow.

Ukraine as well as the EU and the US also claim that Russia has a hand in an ongoing conflict that erupted in the Donbass region of Ukraine between government forces and ethnic Russians in 2014. The West imposed sanctions on Russia after accusing it of interfering in the conflict. Moscow denies the allegation. 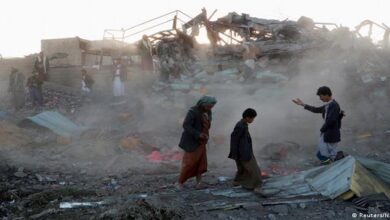 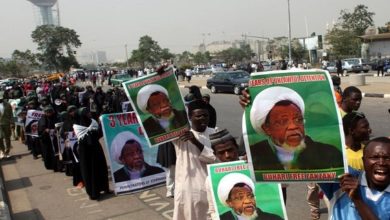