US Democratic Senator Chris Murphy has opposed sale of arms to the United Arab Emirates (UAE), insisting that the oil-rich Persian Gulf state has a history of transferring American weapons to radical militants in the region.

“The UAE is our ally, but there is no escaping that the Emiratis have a history of transferring US arms to extremist militias, and have violated international law in Libya and Yemen,” said the Senator from Connecticut in a Twitter post as cited in a Friday report by Middle East Monitor news outlet.

“At the very least, we should not rush this sale through in a lame duck session,” Murphy further underlined referring to the outgoing administration of US President Donald Trump, who narrowly lost his re-election bid to still projected President-elect Joe Biden.

The UAE is our ally, but there is no escaping that the Emiratis have a history of transferring U.S. arms to extremist militias, and have violated international law in Libya and Yemen. At the very least, we should not rush this sale through in a lame duck session. https://t.co/JYW8RXQ66G

Earlier on Wednesday, top Democratic Senator on the Senate Foreign Relations Committee, Robert Menendez of New Jersey, joined Murphy and Republican Senator Rand Paul of Kentucky to introduce measures to thwart Trump administration’s effort to sell $23 billion worth of US weaponry to the UAE just weeks before he is due to leave office.

The proposed deal includes 50 F-35 fighter jets, a stockpile of missiles and other ammunition, as well as 18 offensive Reaper drones.

Many US lawmakers, the report added, also worry about whether the UAE would use the weapons in attacks against civilians in Yemen as part of its collaboration with the brutal Saudi aggression on the impoverished country, leading to what is widely regarded as one of the world’s worst humanitarian disasters.

When the deal was announced, Amnesty International warned that the weapons would be used for “attacks that violate international humanitarian law and kill, as well as injure, thousands of Yemeni civilians.”

The three senators further underlined that the Trump administration — seeking to rush through the weapons deal as it brokered a “peace deal” between the UAE and the Israeli regime — circumvented the normal review process, adding that the Department of State and the Pentagon failed to respond to their inquiries.

“ISIL Has Nothing to Do With Qur’an”

Obama says Syria ‘not a contest between me and Putin’ 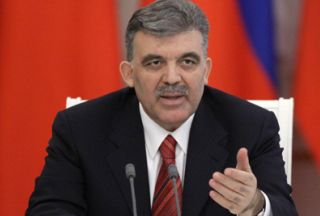