The New York Times reported Tuesday that Saudi Arabia has financed a large purchase of infantry weapons from Croatia and quietly funneled them to Syria rebels. According to American and Western officials familiar with the purchases, “The weapons began reaching rebels in December via shipments shuttled through Jordan.” “They have been a factor in the rebels’ small tactical gains this winter against the army and militias loyal to al-Assad,” the sources mentioned. They further claimed that “the arms transfers appeared to signal a shift among several governments to a more activist approach to assisting Syria’s armed opposition…The weapons’ distribution has been principally to armed groups viewed as nationalist and secular, and appears to have been intended to bypass the extremist groups whose roles in the war have alarmed Western and regional powers.” In parallel, the daily mentioned that “Washington’s role in the shipments, if any, is not clear. Officials in Europe and the United States, including those at the Central Intelligence Agency, cited the sensitivity of the shipments and declined to comment publicly.” However, US support to arming the rebels was clear as a one senior American official described the shipments as “a maturing of the opposition’s logistical pipeline.” Meanwhile, the official noted that the opposition remains fragmented and operationally incoherent, and added that the recent Saudi purchase was “not in and of itself a tipping point.” “I remain convinced we are not near that tipping point,” the official said. While Persian Gulf Arab nations have been sending military equipment and other assistance to the rebels for more than a year, the difference in the recent shipments has been partly of scale. Officials said multiple planeloads of weapons have left Croatia since December, when many Yugoslav weapons, previously unseen in the Syrian civil war, began to appear in videos posted by rebels on YouTube. Many of the weapons – which include a particular type of Yugoslav-made recoilless gun, as well as assault rifles, grenade launchers, machine guns, mortars and shoulder-fired rockets for use against tanks and other armored vehicles – have been extensively documented by one blogger, Eliot Higgins, who writes under the name Brown Moses and has mapped the new weapons’ spread through the conflict. He first noticed the Yugoslav weapons in early January in clashes in the Daraa region near Jordan, but by February he was seeing them in videos posted by rebels fighting in the Hama, Idlib and Aleppo regions. Officials familiar with the transfers said the arms were part of an undeclared surplus in Croatia remaining from the 1990s Balkan wars. One Western official said the shipments included “thousands of rifles and hundreds of machine guns” and an unknown quantity of ammunition. Croatia’s Foreign Ministry and arms-export agency denied that such shipments had occurred. Saudi officials have declined requests for interviews about the shipments for two weeks. Jordanian officials also declined to comment. An official in Washington said the possibility of the transfers from the Balkans was broached last summer, when a senior Croatian official visited Washington and suggested to American officials that Croatia had many weapons available should anyone be interested in moving them to Syria’s rebels. Washington was not interested then, the official said, though at the same time, there were already signs of limited Arab and other foreign military assistance. Both Ukrainian-made rifle cartridges that had been purchased by Saudi Arabia and Swiss-made hand grenades that had been provided to the United Arab Emirates were found by journalists to be in rebel possession. And Belgian-made rifles of a type not known to have been purchased by Syria’s military have been repeatedly seen in rebel hands, suggesting that one of Belgium’s previous rifle customers had transferred the popular weapons to the rebels. One Western official familiar with the transfers said that participants are hesitant to discuss the transfers because Saudi Arabia, which the official said has financed the purchases, has insisted on secrecy. Jutarnji list, a Croatian daily newspaper, reported Saturday that in recent months there had been an unusually high number of sightings of Jordanian cargo planes at Pleso Airport in Zagreb, Croatia’s capital. The newspaper said the United States, Croatia’s main political and military ally, was possibly the intermediary, and mentioned four sightings at Pleso Airport of Ilyushin 76 aircraft owned by Jordan International Air Cargo. It said such aircraft had been seen on Dec. 14 and 23, Jan. 6 and Feb. 18. 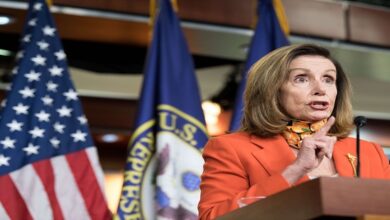 18 Saudis to be denied entry into Germany, Europe’s free zone for Khashoggi murder 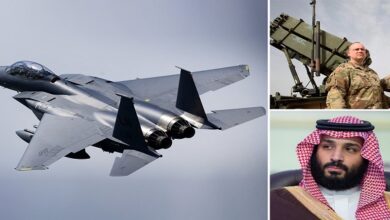