Thousands of Saudi demonstrators have taken to the streets on Wednesday in the eastern province of Qatif to condemn the recent detention of protesters in the country.

The demonstrators chanted slogans against the ruling monarch and denounced the suppression of the protests in the oil-rich Eastern Province.
“We will never tolerate humiliation,” the protesters chanted.
Earlier on Sunday, Saudi security forces opened fire on passersby and wounded three people, after unknown men stormed a prison in the city.

A two-year-old child and her mother were also among the wounded.

Since February 2011, protesters have held demonstrations on an almost regular basis in Saudi Arabia, mainly in Qatif and the town of Awamiyah in Eastern Province, primarily calling for the release of all political prisoners, freedom of expression and assembly, and an end to widespread discrimination.
Activists say there are over 30,000 political prisoners in Saudi Arabia.

Amnesty International has called on Saudi authorities to stop using excessive force against the protesters.
“The Saudi authorities must end their repeated moves to stifle people’s attempts to protest against the widespread use of arbitrary detention in the country,” Philip Luther, Amnesty International’s director for the Middle East and North Africa, said on October 16.

“The right of people to peaceful protest must be respected and the security forces must refrain from detaining or using excessive force against people who exercise it,” he added.

According to Human Rights Watch, the Saudi regime “routinely represses expression critical of the government.” 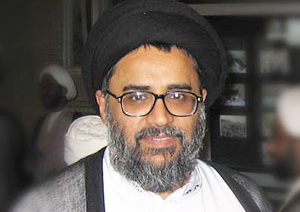 Saudi rulers must be legally punished for aggression against Yemen: Activist