Saudi Arabia’s new permanent representative to the United Nations, Abdulaziz al-Wasil, has raised concerns about Israel’s unsupervised nuclear activities, noting that the regime’s refusal to join the Non-Proliferation Treaty (NPT) is an obstacle to achieving peace in the region.

“There is Israel’s continuing refusal to accede to the [NPT] and this is a grave obstacle” for nuclear disarmament, said the envoy on Wednesday while addressing the United Nations’ Tenth Review Conference of Parties to the Treaty on the Non-proliferation of Nuclear Weapons.

“The aim of the treaty is for non-nuclear states to be able to enjoy security guarantees in terms of the recourse to atomic energy and the use of atomic energy,” Wasil said, adding, “Israel is refusing to respect international resolutions on this and is ignoring all recommendations and decisions from the NPT.”

Israel, which pursues a policy of deliberate ambiguity about its nuclear weapons, is estimated to have 200 to 400 nuclear warheads in its arsenal, making it the sole possessor of the non-conventional arms in West Asia.

The occupying entity has, however, refused to either allow inspections of its military nuclear facilities or sign the NPT. A total of 191 countries, including Iran, have joined the international pact which was founded in 1970 with the aim of working towards peaceful nuclear energy programs and pursuing nuclear disarmament around the world.

The rare Saudi criticism of Israel comes as the kingdom’s nuclear program has also caused concern in the region.

Back in August 2020, the Wall Street Journal newspaper, citing Western officials with knowledge of the matter, reported that Saudi Arabia had built a facility for the extraction of uranium yellowcake in a remote desert location near the northwestern small city of al-‘Ula.

The facility has raised concern that Saudi Arabia’s nascent nuclear program is moving ahead and Riyadh is keeping open an option to develop nuclear weapons, according to the report.

Earlier, satellite images revealed that Saudi Arabia was pushing ahead to complete its first nuclear reactor.

Meanwhile, there have been signs of normalization of ties between Israel and Saudi Arabia in the past months, especially after Saudi authorities announced the opening of the country’s airspace to all Israeli civilian overflights just hours before US President Joe Biden arrived in Jeddah with a direct flight from Tel Aviv last month.

Speaking in the same session, Iran’s Ambassador and Permanent Representative Majid Takht-Ravanchi resonated the concern over the Israeli nuclear program, saying that it poses a serious threat to the security of Middle East states parties to the NPT.

He further urged the Review Conference to promptly address the threat posed by the Israeli regime against Iran, namely the Israeli assassination of several innocent nuclear scientists and the regime’s threats to attack Iran’s nuclear facilities.

“Non-nuclear-weapon states are adhering to their non-proliferation undertakings, except for a few European parties, including Germany which hosts many nuclear weapons in its territory,” he said, adding that Iran, as a steadfast supporter of nuclear disarmament, is equally committed to nuclear non-proliferation, and supports the non-discriminatory and impartial implementation of the IAEA safeguards system. 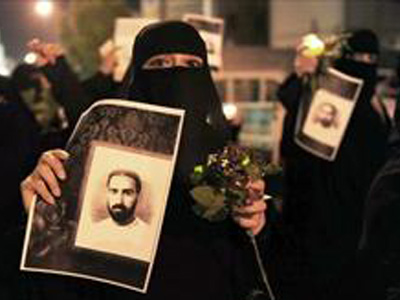