Thousands of people in eastern Saudi Arabia have attended a funeral for a pro-democracy activist who was recently killed by the Riyadh regime forces.

Mourners took to the streets in the city of Awamiyah on Friday to lay Thamir al-Rabi’e’s body to rest.

During the funeral procession, the mourners denounced Saudi Arabia for its violent crackdown on the peaceful activists and protesters across the kingdom.

The victim was killed when Saudi security forces raided the residential parts of Awamiyah with armored vehicles and military helicopter gunships last Saturday.

Local residents and eyewitnesses say at least five civilians were killed in the brutal raid. However, the interior ministry in Riyadh has confirmed four deaths.

Media reports suggest that the victims were pro-democracy activists and anti-regime campaigners.

The attack is seen as the latest act of aggression by the Saudi monarchy against activists.

There have been numerous demonstrations in Saudi Arabia’s oil-rich Eastern Province since 2011, with the protestors calling for political reform and an end to widespread discrimination. Several people have been killed and many others have been injured or arrested during the demonstrations.

Similar demonstrations have also been held in the capital Riyadh and the holy city of Medina over the past few months.

In June, Saudi King Abdullah bin Abdulaziz Al Saud ordered the country’s security forces to go on a state of high alert due to what he called a “turbulent situation” in the region.

The Persian Gulf monarchy has come under fire from international human rights organizations, which have criticized it for failing to address the rights situation in the kingdom. Critics say the country shows zero-tolerance toward dissent.

Saudi stance against Hezbollah scenario for war on Lebanon 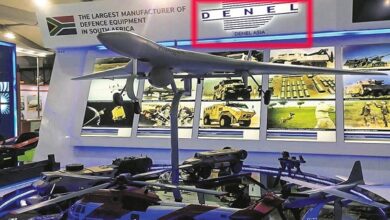