Saudi Arabia has declared a huge budget deficit for its 2015 fiscal year as the oil-rich kingdom begins to feel the impact of falling oil prices to their lowest level in recent years.

However, Riyadh said it would increase projected spending by tapping into its huge financial reserves.

The largest oil producer in the Organization of the Petroleum Exporting Countries (OPEC), the US-backed kingdom has insisted that the organization will not act to stabilize global oil prices despite an almost 50-percent slump since June.

OPEC has maintained a production ceiling of 30 million barrels per day, in what some analysts describe as efforts to suppress competition from new market players with higher costs, especially North American shale oil producers.

The official statement released following a cabinet session projected that the 2015 spending would be “slightly higher” than planned for 2014, but revenues would be 140 billion riyals lower than estimates for the current year.

“Despite the deficit, we will continue to spend on development projects…. We have the buffers to bear the drop,” said Saudi Finance Minister Ibrahim al-Assaf.

Meanwhile, ratings agency, Standard and Poor’s, has lowered its outlook for Saudi Arabia from positive to stable after the oil price crash.

It, however, affirmed its high ratings for the kingdom over the “strong external and fiscal positions” it has built up over the past decade. 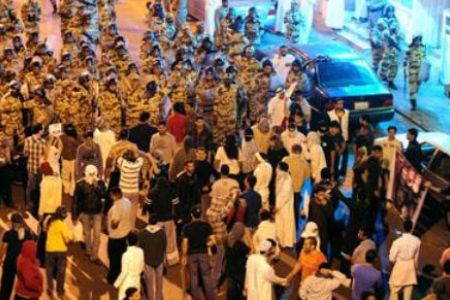