International lawyer, Mahmoud Rifaat, delivered a heavy surprise, revealing a dangerous development related to the fate of the two princes, Ahmed bin Abdulaziz and Muhammad bin Nayef, in preparation for their execution. Rifaat stated in Twitter that he knew from a reliable source that Prince Ahmed bin Abdulaziz and Muhammad bin Nayef were transferred the past hours from their detention to a prison in the desert.

He added that this measure may be to execute them as a preemptive step by Mohammed bin Salman so that the Biden administration (the new American president) does not find an alternative to him. The lawyer concluded, “Unfortunately, narrow-mindedness controls everything. The alternatives are many and the end of Faisal may be repeated.”

The former Saudi Crown Prince Mohammed bin Nayef (61 years) and Prince Ahmed (78 years), who are considered potential competitors to the current crown prince, were arrested in March during a campaign of arrests of senior members of the royal family.

Observers believe that bin Salman wants to anticipate any sudden matter in the way of his father’s succession, and this is a sensitive issue in the first aspect related to the health of his father, King Salman, who is 85 years old, who no longer appears in public except sporadically and for a very short time.

This step coincided with news reported by the Israeli media about the visit of Israeli Prime Minister Benjamin Netanyahu to the Saudi city of Neom and his meeting with Muhammad bin Salman, a visit which was confirmed by some Israeli officials, while Saudi Foreign Minister Faisal bin Farhan Al Saud denied it.

In a new report by the Yedioth Ahronoth newspaper, it said that bin Salman has become convinced that the CIA intends to liquidate him – at least politically – and to return her beloved Crown Prince Mohammed bin Nayef, who was arrested by bin Salman after a soft coup within the royal court.

The newspaper pointed out that during Biden’s election campaign, the latter spoke with terms such as (reevaluation) of US-Saudi relations. Including a hint that the Biden administration will settle the account with Saudi Arabia over its behavior in the last four years under President Donald Trump’s administration. While Biden’s candidate for the State Department, Tony Blinken, tweeted this week against the arrest of three human rights activists in Egypt, he called the administration’s agenda and directed towards Saudi Arabia as well. 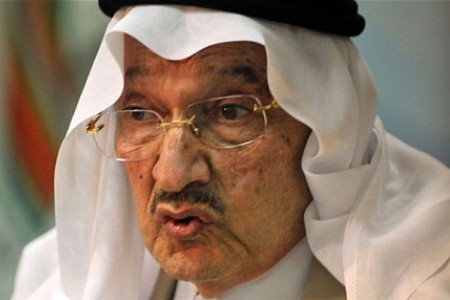