A political analyst says the European Union should impose “effective” economic bans against the Israeli regime over its illegal settlement expansion in the occupied Palestinian territories, Press TV reports.

In an interview with Press TV on Sunday, Ian Williams, a senior analyst and contributor to Foreign Policy In Focus (FPIF), said the Tel Aviv regime continues to construct illegal settler homes in the occupied Palestinian territories “in defiance of international law” and all EU states recognize the Israeli settlements as “illegal.”

“The time for losing patience is long gone. The patience should be lost and some vigorous and effective economic embargoes at least should be placed against Israel for its behavior in the settlements,” added the analyst.
Williams made the comments in reference to recent remarks by European Union envoy to Israel Lars Faaborg-Andersen who said on June 27 that the 28-nation bloc was “losing patience when it comes to continued construction in the [Israeli] settlements.”

The commentator further highlighted the economic bans against Israel, adding, however, that Tel Aviv has “many friends in high places in Europe” that blunt the effect of the boycotts against the regime.

On June 27, an Italian daily cited the country’s Foreign Minister Federica Mogherini as saying on behalf of the EU that financial transactions, investments, purchases, contracts and tourism in Israeli settlements are illegal.

A day earlier, the Spanish government also issued a warning to its citizens against doing business with Israeli settlements in the occupied West Bank, East al-Quds (Jerusalem) and the Golan Heights.

The UN and most countries regard the Israeli settlements as illegal because the territories were captured by Israel in the war of 1967 and are hence subject to the Geneva Conventions, which forbid construction on occupied lands. 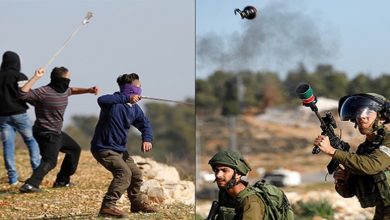