Palestinian Labor Minister Ahmad Majdalani said that the act of preventing relief from reaching Yarmouk Camp in Damascus by armed groups constitutes a war crime and use of Palestinians as hostages and human shields.

In a press conference on Tuesday, Majdalani said that those who opened fire on the humanitarian aid convoy which attempted to enter Yarmouk Camp on Monday were located in an area controlled by terrorist groups from the so-called Jabhat al-Nusra, Suqour al-Golan and Ahrar al-Cham.

Majdalani’s statement refers to the aid convoy organized by the United Nations Relief and Works Agency for Palestine Refugees in the Near East (UNRWA) which terrorists opened fire on, preventing it from reaching Yarmouk Camp.

He pointed out that preparations were made in recent days to deliver 1600 parcels of relief to the Camp in coordination with the Syrian authorities, but the convoy delivering them was fired upon a hundred meters before arriving at its destination.

Majdalani said that alternatives are being pursued to deal with the situation in the Camp, with arrangements being made with the Social Affairs Ministry to deliver relief to it and evacuate those who want to leave it.
He asserted that Palestinians are not a part of the crisis in Syria, and their involvement in it serves no purpose, noting that armed groups have targeted all Palestinian camps in Syria, killing many of their occupants and creating a major humanitarian crisis that burdened the Syrian government, the Palestinian Liberation Organization (PLO) and the Palestinian state in general.

“The hijacking of Yarmouk Camp in Damascus by armed groups that have practices and still practiced methodical terrorist constitutes a war crime against humanity,” Majdalani said.

He said that Palestine’s position was to remain positively neutral in the crisis in Syria and not involve the Palestinian camps and Palestinians in it, saying that attempts to drag the Camps into the crisis seeks to detail Palestinians from their goals, adding that over 300,000 Palestinian refugees had to leave their camps and areas due to the events.

Majdalani said there’s full coordination with the Syrian government to deal with the Palestinian situation on the basis of clearing camps of weapons and gunmen and settle the status of the gunmen who wish to do so, in addition to dealing with the issue of detainees who are uninvolved in the events.
He noted that Palestinians involved in shedding Syrian blood are treated by law like Syrians and assume personal responsibility for their acts.

Majdalani said that the claims that gunmen want food is incorrect, because they receive food from other areas they control, and if these claims were true, the gunmen would allow food relief to enter the Camp.
He pointed out that the Palestinian government allocated USD 1 million paid each month in monetary aid to affected Palestinians in the camps and outside it, and that the Palestinian government is prepared to assume full responsibility of displaced Palestinians in cooperation with UNRWA and other humanitarian international organizations.

Majdalani said that communication has been established with Arab, regional and international sides to ensure that aid enters Yarmouk Camp, noting that the armed groups in the camp have varying mentalities, agendas and references and they carry out instructions issued by third parties which prevent reaching an agreement.
He asserted that the terrorist organizations in the Camp such as Al Qaeda, the Islamic State of Iraq and Syria, Jabhat al-Nusra and others are trying to implement a project in Syria and answer only to Ayman al-Zawahiri, and the same goes for the Islamic Front.

On a relevant note, Majdalani called on Hamas to official denounce terrorism and sever all ties with armed groups, and for it to not take sides in a manner harmful to the Palestinian cause and people and the Syrians who helped and protected them for years. 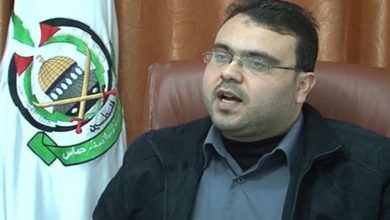