The website’s sources disclosed that the American force numbers 1,000 troops and are members of the 24th Marine Expeditionary Force carried aboard the USS Kearsage amphibious assault ship, which has been anchored off neighboring “Israeli” Eilat since mid-May.

“The Pentagon has only let it be known that the annual joint US-Jordanian “Eager Lion 2013″ military exercise is due to begin later in June, with the participation of US F-16 fighter jets and Patriot missile systems,” the website reported.

According to Debkafile’s sources, the arrival of the US force in Jordan was decided on at an emergency meeting at the Pentagon on May 31, which was attended by top military and civilian War Department officials.

The meeting, according to the website, decided that the military situation in Syria was supposedly urgent enough to warrant the dispatch of extra American military strength to Jordan, and the “Israeli” Air Force would provide air cover for the force until the F-16 jets are in place for the drill.

“We believe such steps are to a great extent restraining some â€˜hot heads’ from considering scenarios in which the conflict may assume an international scale with the participation of outside forces,” Russian Deputy Foreign Minister Sergei Ryabkov had stated in May.

He further stressed that the systems are solely for defense purposes against airborne threats and cannot be used against civilians.

Regarding the significance of the missile system, Douglas Barrie, an air warfare analyst for International Institute of Strategic Studies, told RIA Novosti News Agency, “An S-300 battery would provide coverage of much of northern and central Israel if deployed in the south west of Syria for targets other than those at low altitude.”

Israel moves to let no free borders for Palestine 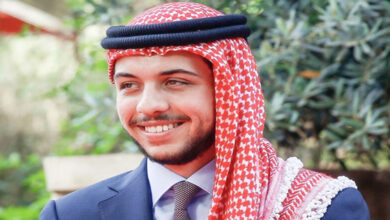