Palestinian Parliament Member Mustafa Barghouti, warned that “the atmosphere in the West Bank is even more tense than it was during last year’s campaign for the release of Islamic Jihad operative Khader Adnan.”

“The protests on Friday were similar to protests held during the first intifada. Should anything bad happen to Samer Issawi, 213 days on hunger strike, I predict that the entire West Bank will rise up and a new, non-violent intifada will break out,” Barghouti confirmed.
Meanwhile, Hamas Politburo Chief Khaled Mashaal phoned Sharawneh’s family this week and promised that the matter would be resolved in the coming days.
However, Issawi’s father said he isn’t optimistic as to the chances of his son’s release.
“My son is a human being before he is an Arab or anything else. The three monotheistic religions are very strict when it comes to preserving human life – but “Israel” isn’t,” Tarek Issawi said.

Shireen Issawi, the sister of Samer , one of four hunger-strikers stated that her brother was due in court the next day and that there might be a decision by Friday.
On Tuesday, he had appeared before Occupied al-Quds Court and was refused bail.
“A lawyer visited him in prison and said he is in a very difficult situation and he is getting worse because of his hunger strike. We don’t know what will happen tomorrow [in court],” she said.

Shireen went on to say that her family sent Samer a letter through his lawyer, and that her brother “knows what is going on outside and about the protests in his support. He said that the protests give him strength to continue his strike and he thanks everyone who goes out in solidarity for him.”
In addition to Issawi, Ayman Sharawna, Jafar Ezzidin and Tareq Qaadan have been on a long-term hunger strike.

Sharawna was resumed his strike on January 17 and since then has only been drinking water. He is being held in Ela Prison in Bir Sabaa.
Meanwhhile, Ezzidin and Qaa’dan had been striking for 86 days after they were arrested and put in administrative detention.

Their lawyer visited them on February 12 and cautioned that they were not taking supplements, she said. All four hunger strikers were only drinking water.
On Tuesday, hundreds of Palestinian prisoners in “Israeli” jails refused to eat in a one-day fast in solidarity with the four hunger-striking prisoners.

Palestinian representatives, international organizations and other countries are concerned over the situation and the health of the prisoners. 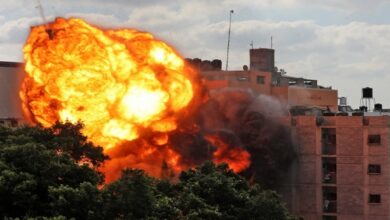 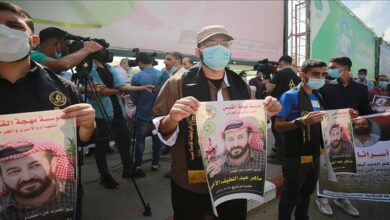 Palestinians hold sit-in in solidarity with prisoners in Israeli jails 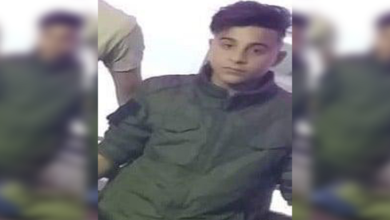