The US military announced on Monday an anti-mine military drills in “the Middle East’s international waterways” in May with more than 20 nations participating.

“Israel’s” Navy is also expected to take part in the drill, which was characterized as a follow-up to the IMCMEX 12 drill held last September.

According to “Israeli” sources, the drills aim at keeping oil shipping lanes open by clearing mines that potentially Iran, or even other groups, might deploy.
“This year’s effort will reaffirm the ongoing, global cooperation that this mission enjoys with the international community’s strong support for free trade,” General James Mattie, commander of the US military’s Central Command, said in a statement.

The Strait of Hormuz, which is located between Oman and Iran, connects the Persian Gulf with the Gulf of Oman and the Arabian Sea. At its narrowest point, the Strait is 21 miles wide, but the width of the shipping lane in either direction is only two miles, separated by a two-mile buffer zone.

Central Command said the drill in May, IMCMEX 13, would focus on mine countermeasures, as well as maritime security operations and protecting maritime infrastructure. It did not provide further details. 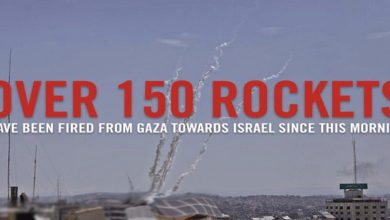 Some 50 Palestine kids killed by Israelis since October 2015: Report