Clashes have broken out between Israelis and Palestinians in East al-Quds (Jerusalem) during a rally on the occasion of what the Tel Aviv regime calls the Jerusalem Day.

Violence erupted near the Damascus Gate in the Old City of al-Quds on Sunday as Israeli hardliners marched to mark the 48th anniversary of the regime’s occupation of East al-Quds.

People are participating in the march “with the support of an extremist” regime, AFP quoted a Palestinian woman, Muna Barbar, as saying.

Meanwhile, the director of the al-Aqsa mosque said the compound was stormed by more than 160 Israelis ahead of the march.

Israel has tried to change the demographic makeup of al-Quds over the past decades by constructing illegal settlements, destroying historical sites and expelling the local Palestinian population.

Over half a million Israelis live in over 120 illegal settlements built since Israel’s occupation of the Palestinian territories of the West Bank including East Jerusalem al-Quds in 1967.

Much of the international community regards the Israeli settlements as illegal because the territories were occupied by Israel in 1967, and they are hence subject to the Geneva Conventions, which forbid construction on occupied lands.

Israel among most corrupt entities in world 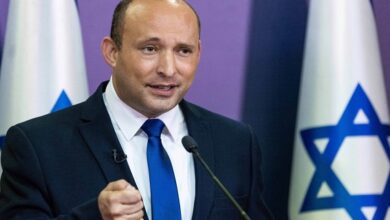