More than 550 international human rights organizations have jointly called upon the UN Human Rights Council to recognize and denounce the Israeli regime’s racist policies against the entire Palestinian population, which include home demolitions and violation of the right of Palestinians to self-determination.

The organizations, in a letter published on Thursday, urged the world body to form an independent fact-finding mission and investigate the Tel Aviv regime’s colonial and apartheid practices, in addition to its associated systematic policies.

The signatories urged the Office of the High Commissioner for Human Rights to further develop in a transparent manner the UN database on business enterprises involved in Israel’s illegal settlement expansion activities.

They also called on the international community to utilize all available mechanisms to obtain justice and accountability, to intervene immediately and slap economic sanctions against Israel, and hold individuals who may have committed war crimes in the occupied Palestinian territories to account.

Israel has received a letter from the International Criminal Court formally detailing the scope of its war crimes investigation in the occupied Palestinian territories.

Israeli Hebrew-language Channel 13 television network said on Thursday the letter was sent over the weekend, and has requested the Tel Aviv regime to respond to it within 30 days.

It noted that the letter covers three main topics: the 2014 Israeli military onslaught on the besieged Gaza Strip, Israeli settlement policy, and the 2018 Great March of Return protests in Gaza along the fence separating the territory from the occupied lands that led to Israel’s killing of dozens of Palestinians.

Earlier this month, ICC Chief Prosecutor Fatou Bensouda announced in a statement the launch of a war crimes investigation into the Palestinian territories, which have been under Israeli occupation since 1967.

She said her inquiry will be conducted “independently, impartially and objectively, without fear or favor.”

It is “a long-awaited step that serves Palestine’s tireless pursuit of justice and accountability, which are indispensable pillars of the peace the Palestinian people seek and deserve”, the PA foreign ministry said in a statement.

“We welcome the ICC decision to investigate Israeli occupation war crimes against our people. It is a step forward on the path of achieving justice for the victims of our people,” Hazem Qassem, a Hamas spokesman said.

“Our resistance is legitimate and it comes to defend our people. All international laws approve legitimate resistance,” Qassem noted.

Israeli president Reuven Rivlin has reportedly started an official visit to Europe aimed at convincing European countries to pressure the court to cancel its probe.

Palestinian Minister of Foreign Affairs and Expatriates Riyad al-Maliki met on Thursday with the ICC Chief Prosecutor Fatou Bensouda in The Hague, as part of the Palestinian Authority’s ongoing collaboration with the court concerning its war crimes investigation against Israel.

During the meeting, Maliki stressed the need for quicker probes into crimes committed across the Palestinian lands, and ensuring justice for Palestinian victims and their families, especially in light of Israel’s ongoing human rights violations, the official Palestinian Wafa news agency reported.

He also expressed Palestine’s support for the work of the ICC, the Prosecutor and the court’s staff for their pursuit of international justice despite all threats facing them.

The top Palestinian diplomat called on the international community to assume its responsibilities for protecting the integrity and independence of the ICC, and provide all necessary means to ensure the exercise of its mandated tasks in accordance with the Rome Statute.

Maliki underlined that the Palestinian Authority will cooperate with the Court and its staff in order to end the era of impunity and create a new path of accountability.

The United Nations Office for the Coordination of Humanitarian Affairs (OCHA) in the occupied Palestinian territories says the Israeli regime’s targeting of EU-funded aid structures across the Palestinian lands soared dramatically in February, and registered a three-fold increase compared to the same period last year.

OCHA, in a report titled West Bank demolitions and displacement | February 2021, stated that Israeli authorities demolished, forced people to demolish, or seized 153 Palestinian-owned structures across the West Bank, including East Jerusalem al-Quds during the mentioned period.

The report highlighted that the Israeli officials’ actions throughout February resulted in the displacement of 305 Palestinians, including 172 children, and affected the livelihoods or access to services of 435 others.

The UN report highlighted that nearly 90 percent of all structures targeted (demolished or seized) last month were seized without prior warning in Area C of the West Bank.

So far in 2021, a total of 93 structures provided as humanitarian aid have been demolished or seized by the Israeli authorities, compared with 157 structures in entire 2020, according to OCHA.

Deputy Special Coordinator for the Middle East Peace Process and United Nations Resident Coordinator for the Occupied Palestinian Territory, Lynn Hastings, called on Israeli authorities on February 24 to “immediately halt all further demolitions of Palestinian homes and possessions, allow the humanitarian community to provide shelter, food and water to this most vulnerable group and these people to remain in their homes.” 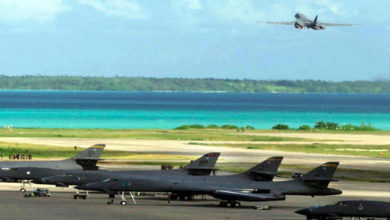 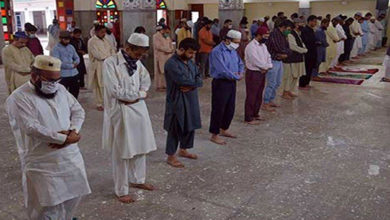 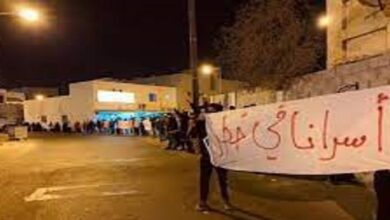