A Pakistani military expert said Tehran and Islamabad are seriously determined to fight against the terrorist groups.

She reiterated that the Iranian and Pakistani navies can share each other’s experiences by conducting joint naval wargames.

“Iran and Pakistan have long common borders and expansion of military and security cooperation between the two countries not only helps secure the borders, but also plays an effective role in uprooting terrorism in the region.

On April 16, a detachment of Pakistan’s fleet of warships berthed in Iran’s territorial waters in the Southern port city of Bandar Abbas.

During their stay in Iran’s territorial waters, the commanders and officers of Pakistan’s Rahnaward (sail training ship) and PMSS Nusrat (corvette) visited the country’s Naval capabilities and training centers.

The Pakistani flotilla of warships remained at the Iranian coasts for four days and staged joint Naval wargames with the Iranian vessel units.

The goodwill visit by the Pakistani flotilla carries the message of close brotherly relations between Pakistan and Iran while it shows solidarity and peace between the two neighboring nations. 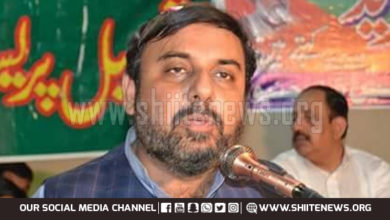 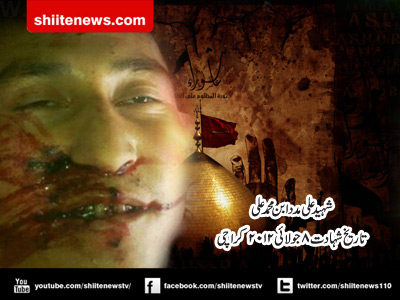 A Shia Muslim martyred in Karachi in a targeted attack

PML-N parliamentarians vote in majority for operation against Taliban