Shiite News: The current Genghis Khan and Hulagu Khan, the US and Israel are taking advantage of the mutual animosity between Muslims and are plotting conspiracy to destroy the Islamic world. These views were expressed by Allama Fida Hussain Mazaheri, Khatib of Central Jamia Masjid Parachinar and spiritual leader while addressing a large gathering for Friday prayers.

He further said that just as the Muslims there before Hulagu Khan’s invasion of Baghdad were embroiled in a debate over whether the crow was halal or haraam, what should be the size of the toothbrush. They are entangled with each other, but they have been brought to this point by the enemies of the Islamic world. If Muslim countries will not awaken, their true status will be ruined.

He urged Muslims to avoid animosity and become a leaden wall for anti-Islamic forces. 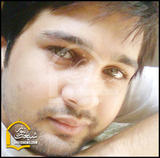