Renowned Pakistani Shia leader, Allama Ghulam Raza Naqvi, has said that spending eighteen years in jail on committing the crime of being a Shia, and now coming back home has given me more strength to struggle for protection of our organization.

He further noted that the ongoing sectarian tensions among Muslim communities in Pakistan have their roots outside the South Asian country. Naqvi added that takfiri terrorist groups operating inside Pakistan are being funded by Western governments seeking to sow seeds of discord and division among Muslims.

Naqvi was detained in 1996, and former Pakistani President Pervez Musharraf outlawed his Sipah-e-Muhammad Pakistan group on August 14, 2001 in an unjust bid to equate the group of oppressed Shia Muslims with those who perpetrated genocide against Shia Muslims.

Pro-Taliban groups have launched a violent campaign against Shia Muslims. According to local sources, militants affiliated to Taliban and al-Qaeda terrorist groups have killed thousands of Shia Muslims in the country.

The killing of Shias in Pakistan has sparked international outrage, with rights groups and regional countries expressing concern over the ongoing carnage. Still, those behind the violence are rarely caught or punished.

Shia Muslims in Pakistan say the government must take decisive action against the forces involved in the targeted killings. They also accuse Islamabad of failing to provide security for the Muslim community. 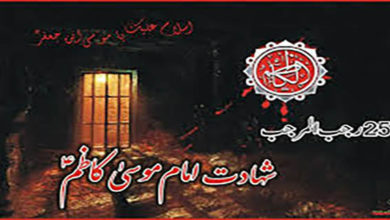