He said this while speaking at the concluding session of a two-day international conference on 40 years of hosting Afghan refugees in Islamabad.

He said that Pakistan and Iran host Afghan refugees despite their own social and economic challenges.

Director-General of the Bureau for Aliens and Foreign Immigrants Affairs of Iran’s Ministry of Interior Mahdi Mahmoudi led the Iranian delegation during the conference.

FM Qureshi noted that international support to Iran and Pakistan to tackle refugee crisis has been declining in recent years.

Moreover, Shah Mahmood Qureshi said the participants of the conference applauded the unparalleled solidarity and hospitality of Pakistan and Iran.

He noted they commended their inclusive policies towards Afghan refugees.

The conference also recognized and highly appreciated Pakistan’s generosity and progressive policies that have enabled millions of Afghan refugees and nationals to access refuge, health, education, livelihood and social mobility without any discrimination.

He further said the participants stressed that the ultimate solution lies in Afghanistan and that voluntary repatriation and sustainable reintegration is the preferred solution for the majority of Afghan refugees.

The FM noted that the participants also highlighted that to enable sustainable return and reintegration, a pre-requisite would be a comprehensive Afghan led and Afghan owned peace process and urgent investment in the priority areas of return.

He said the conference acknowledged that the Afghanistan-Pakistan Action Plan for Peace and Solidarity could yield peace dividends for the entire region, provided that there is a firm political will to implement it.

Acting Foreign Minister of Afghanistan Haroon Chakhansuri expressing his views said that there should be enough economic incentives to attract Afghan refugees.

He said that more economic and job opportunities should be created for Afghan refugees so that they can come back to their country without any fear.

Pakistan’s minister for State and Frontier Regions (Safron) Sahibzada Mehboob Sultan and UNHCR’s Director for Asia and the Pacific, Indrika Ratwatte were also present on the occasion.

The conference was attended by more than 500 participants, including the Prime Minister Imran Khan, the Secretary General of the United Nations, the Second Vice President of Afghanistan, the UN High Commissioner for Refugees, Ministers and other high-ranking representatives of the government. 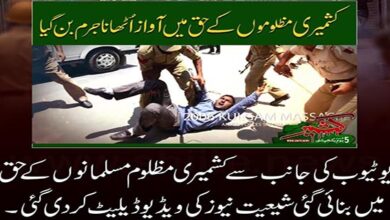