At least 7 Yazidi takfiri nasbi terrorists were killed in a clash with Karachi’s Malir District police on Super Highway on Wednesday.
Police conducted the operation after receiving a tip off on the presence of terrorists in the area. The criminals used latest weapons and hand grenades during the clash, police said.

SSP Malir, Rao Anwar said the criminals were affiliated with a banned organisation (outlawed Taliban). He said that weapons were also seized.

Earlier on Wednesday, ten people including policemen and a former counselor were killed in different violent and target killing incidents across the metropolis. 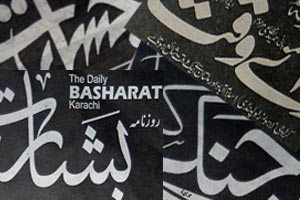