American militants fighting in the extremist-marked insurgency in Syria are above a hundred, Western intelligence digits show.

Western intelligence services have been warning that European and American militants have been flocking to Syria to fight. But they’ve been reluctant to say how many Americans have joined the extremist forces there, until now.
The latest US intelligence estimates say that more than 100 Americans have joined the war in Syria to fight alongside extremist terrorists there, the Dailybeast wrote in a new report.
Senior American intelligence officials told the paper that they believe between six and 12 Americans who have gone to Syria have now returned to America.
Washington has been an open supporter of the insurgency in Syria and has been giving extensive political and military support to the armed group to topple the Syrian government.
“We know where some are,” one senior US intelligence official told The Daily Beast. “The concern is the scale of the problem we are dealing with.”
The scale of that problem by all accounts has gotten worse. Last fall, the official US estimate on Americans specifically who have joined the war in Syria was in the low double digits.
In January, the New York Times reported that at least 70 Americans have either traveled or attempted to travel to Syria. Earlier this month FBI Director James Comey told reporters that he believed “dozens” of Americans were suspected to be in Syria, but declined to give a more precise number.
In recent months, the US intelligence community has made the tracking of all Westerners going to fight into Syria a top priority.
Syrian government has long been calling on the United Nations Security council to act on multi-national militant groups which are fighting in the country.
Syria sank into war in March 2011 when pro-reform protests turned into a massive insurgency following the intervention of Western and regional states.
The unrest, which took in terrorist groups from across Europe, the Middle East and North Africa, has transpired as one of the bloodiest conflicts in recent history.

Another protester killed in Bahrain 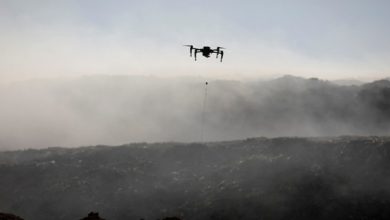