Benjamin Netanyahu has vowed to intensify Israel’s “efforts” in Syria after US President Donald Trump announced a full withdrawal of American troops from the Arab country.

“We will continue to act in Syria to prevent Iran’s efforts to militarily entrench itself against us. We are not reducing our efforts, we will increase our efforts,” Netanyahu said on Thursday.
“I know that we do so with the full support and backing of the US,” Netanyahu said at the fifth Israel-Greece-Cyprus summit held in Beersheba.
Netanyahu said Wednesday he had received advanced warning of the US troop pullout from Syria in telephone conversations with Trump on Monday, and US Secretary of State Mike Pompeo on Tuesday.
Trump on Wednesday announced that US troops had defeated the Daesh terrorists in Syria and he sought to pull some 2,000 US troops out of Syria.
Trump’s decision upended a central pillar of US Middle East policy, and stunned US lawmakers and allies, who challenged the president’s claim of victory against Daesh.
But Trump says no one should be surprised by the abrupt announcement.
Israel to continue operations along Lebanon border
In his Thursday comments, the Israeli premier also vowed that the Israeli military will continue its operations along the occupied Palestinian territories’ border with Lebanon, where Tel Aviv claims are tunnels dug by the Lebanese Hezbollah resistance movement.
“These tunnels were built by Hezbollah with direct support and funding from Iran,” Netanyahu claimed.
He also described it as part of “the Iranian web of aggression in the Middle East” and vowed to keep destroying the “tunnels” until its total annihilation.
Back on Dec. 4, the Israeli military started its operation along Lebanon’s border under the pretext of “cutting off” the alleged tunnels.
Israeli military spokesperson Lieutenant Colonel Jonathan Conricus claimed that “a number of tunnels” had penetrated the Israeli-occupied territories.
He claimed that Hezbollah has been developing an offensive plan that would “shift the battleground into Israel.” According to unnamed Israeli officials, the operation would likely “take weeks.”
Israeli military spokesperson Avichay Adraee said the Lebanese government was responsible for the build-up of the tunnels.
Lebanese Prime Minister-designate Saad Hariri warned the Tel Aviv regime against launching a new military aggression against his country, saying they would not succeed in case it opted to do so.
Delivering a speech at the Chatham House think tank in London on Dec. 13, Hariri downplayed the possibility of Israel waging another war on Lebanon, questioning what the Israeli military’s previous wars had accomplished.
“Did Israeli attacks weaken Hezbollah?” he commented.
Hariri noted that whilst Beirut does not want war, the Tel Aviv regime does not want peace.
“Netanyahu doesn’t want peace. He wants a little piece of Lebanon, a little piece of Jordan and a little of Palestine,” the Lebanese premier-designate pointed out. 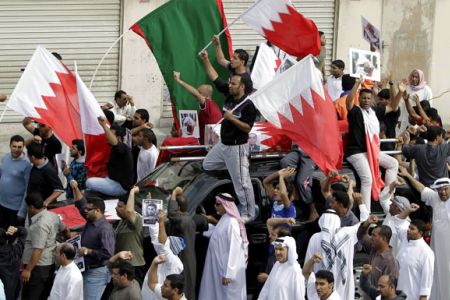 US, allies use fake evidence to blame chemical attacks on Syria govt.: Russia