The Syrian Army troops imposed control over almost 95 percent of Eastern Dara’a after government forces drove terrorists out of Nasib border-crossing on Saturday.

The army men managed to capture the strategic Radar and Air Defense Battalion Bases in Basar al-Harir region East of Dara’a city after they imposed control over Nasib passageway at the border with Jordan.

Field sources said that the army has now seized control over almost 95 percent of Eastern Dara’a.

On Friday, al-Hariri, commander of Amoud Houran Division affiliated to the Free Syrian Army, was killed along with a number of his forces in the army’s operation near al-Na’eimeh township in the Eastern countryside of Dara’a city.

In the meantime, local sources said that other units of the army engaged in fierce clashes with the terrorists and captured al-Na’eimeh, al-Sharqiyeh Farms and Air Defense Brigade 38th Base West of Seida township.

The army men further seized control over Brigade 99th Base North of al-Na’eimeh, the sources said, adding that the army men are advancing towards Tafas township from four flanks.

UAE sought to host Taliban in rivalry with Qatar: Report 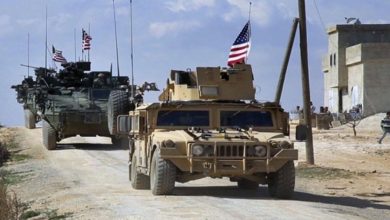 US sends huge convoy of logistics supplies for Syria militants