Syrian army soldiers have managed to establish full control over a strategic town in the country’s southwestern province of Dara’a, as they are engaged in counter-terrorism operations to put an ultimate end to the presence of foreign-backed Takfiri militants in the eastern and southeastern sectors of the province.

The operation inflicted heavy losses on militant ranks. A number of rocket launch pads belonging to Takfiri terrorists were destroyed in the process as well.

Syrian army soldiers then entirely recaptured Saida, situated some 10 kilometers east of Dara’a, after fierce clashes with militants and driving the Takfiris out of a Syrian Air Defense Force base southeast of the town.

A number of terrorists were killed and wounded in the gun battle, while several others fled towards the nearby town of al-Taiba.

Syrian bomb disposal units are now combing the liberated area for hidden ordnance and explosive devices, which terrorists have planted there to slow down the advance of army forces. 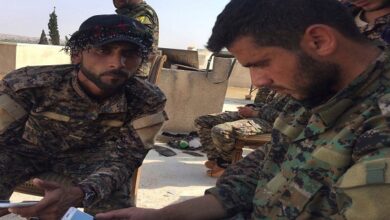