Takfiri militants are handing over their last strongholds in Syria’s western provinces of Homs and Hama under a Russia-brokered deal with the Damascus government.

The evacuation began on Monday, when the first batch of the militants and their families left the town of Rastan in Homs through a corridor.

On the first day of the evacuation process, which is expected to last a week, more than 800 militants and their families were bused out and transported to militant-held areas in the northern city of Jarablus and the neighboring Province of Idlib.

The outgoing buses are escorted by Russian military police.

The areas in Homs include Rastan as well as the towns of Houla and Talbiseh and the villages around them.

The deal came about on May 2, when militants from several factions of the so-called Free Syrian Army agreed to disarm and return those areas to government control.

The evacuation enables the government to reopen the highway connecting the provincial capitals for the first time since 2011, when foreign-backed militancy broke out in Syria.

“The road linking Homs, Hama and Aleppo will be reopened. Relevant international parties and organizations will also enter the region to restart their work and satisfy the basic needs of the local population and the residents of northern villages,” said Samir Ibrahim, a Syrian army officer.

On the back of similar agreements, the government managed late last month to gradually free the Damascus countryside of Eastern Ghouta, which was once controlled by various militant groups and served as a launch pad for deadly terror attacks against residents of the capital.

The government had initially launched a major Russia-backed military push in February to liberate Eastern Ghouta.

The militants holed up in the suburban area first put up stiff resistance against army advances; however, being no match for the national army, they later capitulated. The government then resorted to withdrawal agreements with the militants in an effort to decrease military operations and protect civilians.

Observers say the militants’ defeat in Eastern Ghouta demoralized their fellows in others areas, prompting them to stop resisting the Syrian army’s liberation operations and agree to evacuation deals.

Such agreements usually give those militants that agree to make peace with the government and lay down arms the option of staying where they are along with their families.

Damascus and Moscow have now focused their efforts on a small enclave south of the capital, which holds a few hundred Daesh terrorists.

Syria and its allies defeated Daesh late last year after three years of uphill battle, and are now engaged in neutralizing pockets of resurgent elements. 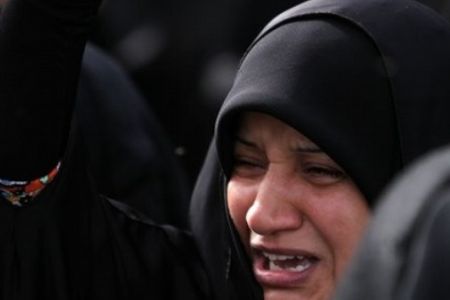 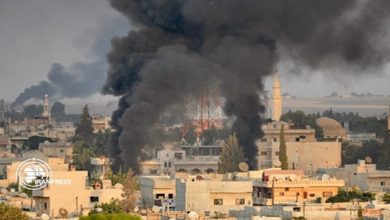 Three civilians Martyrs in Rocket Attack by Terrorists on Aleppo