Syria sends back to France the prestigious Légion d’honneur (Legion of Honour) given in 2001 to President Bashar al-Assad after Paris joined the US and the UK to attack the Arab country, saying the leader will not wear the award of a “slave” to America.

In a tweet on Thursday, the Syrian Presidency said, “The ministry of foreign affairs… has returned to the French republic… the decoration of the Grand Croix of the Légion d’honneur awarded to President Assad.”

It added that the award was returned to France via the Romanian embassy in Damascus, which represents French interests in Syria.

A source close to the presidency said the decision to return France’s most prestigious decoration was made over the participation of the European country “in the tripartite aggression alongside the United States and the United Kingdom against Syria on April 14.”

“It is no honor for President Assad to wear a decoration attributed by a slave country and follower of the United States that supports terrorists,” and violates the “most elementary norms and principles of the International law.”

Legion of Honor, French state’s highest honor, was given to Assad by former president Jacques Chirac in 2001, shortly after taking power following the death of his father, Hafez al-Assad.

The office of French President Emmanuel Macron said on Monday that “a disciplinary procedure for withdrawing the Légion d’honneur (Legion of Honour) is underway.”

Early on April 14, the United States, Britain and France carried out a string of missile airstrikes against Syria over a suspected chemical attack against Douma.

Washington and its allies blamed Damascus for the suspected assault.

The Syrian government strongly denied the allegation and called on the Organization for the Prohibition of Chemical Weapons (OPCW) to send a fact-finding mission for investigations. 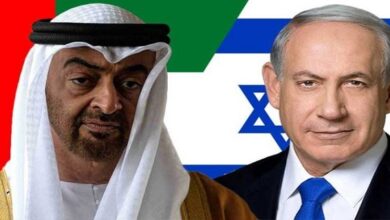 UAE, Israel to partake for first time in joint military drills in Greece

16 Civilians Killed in US Airstrike in Northeastern, Eastern Syria