US, Syrian and Russian military officials say more than 100 cruise missiles were fired at Syria during early Saturday airstrikes by the United State, France and Britain.

The Russian military said Saturday that the three countries fired 103 cruise missiles including Tomahawk missiles at Syria but that Syrian air defense systems managed to intercept 71 of them.

Earlier, the Russian Defense Ministry said Syria shot down a “significant number” of the missiles, and made it clear that Russia’s missile defense systems were not involved in intercepting the missiles.

“More than 100 cruise missiles and air-to-land missiles were fired by the US, Britain and France from the sea and air at Syrian military and civilian targets,” the ministry said in a statement quoted by RIA Novosti news agency.

Reuters quoted an unnamed Syrian official as saying that the targeted sites had earlier been evacuated upon Russia’s warning.

“We have absorbed the strike,” he said. “We had an early warning of the strike from the Russians … and all military bases were evacuated a few days ago.”

“Around 110 missiles” were fired at Syrian targets in Damascus and its outskirts, the Syrian Army spokesperson in an official announcement on Syrian state TV. 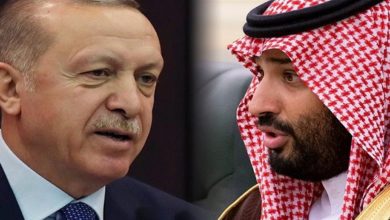 ISIS Execute a Syrian Tribesman with BAZOOKA in Shocking Video