A gut wrenching article appeared today in the Tunisian newspaper, Al Chourouk. The article highlighted the return of a hundred Tunisian girls from Syria, girls who offered sexual services under the pretext of marriage (Nikah is Marriage in Arabic) for the insurgency warlords.

This startling phenomenon raises a number of questions for Tunisiaâ€™s conservative society. What civil status would be attributed to these women and their newborn babies? Will they be considered as divorced women, widows, or single mothers? What will the city hallâ€™s employee write in the father name column? What future will these innocent kids have: delinquency, criminality, or prostitution? More concerning, a majority of these women are now menaced by the threat of honor killings at the hands their families.

According to Al Chourouk, the recruitment method consisted of convincing fervently religious young girls to attend closed religious classes with fully veiled women who did not remove their veils, even in the all-female environment. When asked by the victims why the women monitoring them kept their veils on, the women said that they are wanted by the police and feared a possible raid on the mosque, which is totally false. In reality, the women did not want to be identified by their victims.

The monitoring teachers taught the students stridently obscurantist stances and an extremely erroneous interpretation of religion. Then during the second phase of the indoctrination procedure, the fake teachers started praising the merits of the Syrian rebellion, and suggested that the girls travel to Syria to assist the insurgents.

The same source added, that the girls concerned with Jihad Nikah are chiefly mosque goers.

The security source pointed out that 90% of the meetings were conducted between the prayer of Asar (afternoon) and that of Maghreb (sunset), and that â€œwomen working on the recruitment are around 30 to 50 years old.â€

In a speech delivered by the Tunisian Interior Minister, Lotfi Ben Jeddou, on September 19, the minister announced the return of girls from Syria practicing a â€œJihad of prostitutionâ€ in the ranks of armed fighters opposed to the Syrian army. He pointed out that many of them returned pregnant, and many others contaminated with several sexually transmitted diseases.

In the light of this loosening conundrum, human rights activists explain that recruiters have been hunting their victims via the social site â€œFacebook.â€

Any means are used to recruit ruthless mercenaries, suicidal militants, easy prostitutes, diehards to wreak havoc anywhere you command and any sort of actions. There are cheap hands abound to do other peopleâ€™s dirty work.

A problem remains to be exposed. All human rights activists following this story voice their concerns about the case of these women and their offspring. Concerns are being expressed that the situation will soon become an explosive matter, making it necessary to treat these pending files with urgency.
An overwhelming majority of these sexual Jihadist women are shunned by their families for the scandal they brought on them.

A victim called Lamia, 19, shared her story. She claimed to have been approached by a preacher who she thought was sincere in his advice to her on religious matters. As soon as confidence was built between her and the preacher, his religious views started to harden. The tinniest thing became haram (forbidden). The next step was to coax Lamia to follow the jihad course, which she did.

â€œI went to that country to assist the parallel army of the armed forces, I met other girls from Tunisia, and began practicing â€˜Jihadâ€™ with the Pakistanis, Afghans, Libyans, Iraqis, Saudis, and Somalis, as well Tunisian fellow countrymen,â€ Lamia said.

One of the Tunisian girls tried to escape, but failed to do so, and was lethally tortured. Lamia took the first opportunity to escape back home. However, her dreadful mishap did not come to a halt. Another episode of suffering began.
Lamia discovered she was five months pregnant. She also found out she and her fetus was contaminated with aids.

Such terrible cases should not be swept under the carpet. Unless authorities act on them with great scrutiny, they will only worsen. Serious measures should be taken to assist victims, and recruiters should be identified and arrested, to allow the judiciary to carry out its duty. 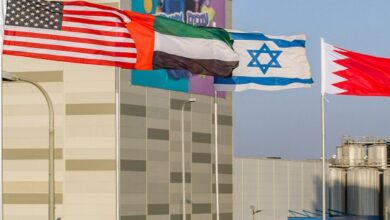 UAE, Bahrain, Israel envoys to US: Any new deal with Iran must ban uranium enrichment