Al-Azhar, the highest seat of learning in the Sunni Muslim world, has declared its opposition to any US strikes on Syria, terming it as â€œan aggression against the Arab and Islamic nationâ€.

â€œAl-Azhar expresses strong opposition to and condemnation of a potential military strike against Syria,â€ Al-Azhar said in a statement cited by Agence France Presse (AFP) on Sunday, September 1.

Such strikes would amount to â€œan aggression against the Arab and Islamic nation… which endangers peace and international security,â€ the statement added.

The US has been beating war drums since last August 21st suspected chemical weapons attack near Damascus which killed more than 1300.

Last Saturday, US President Barack Obama said that his country should use military force to punish Syria for using chemical weapons but said he will first seek congressional approval.

The surprise announcement has effectively delayed any US military operation in Syria until after the summer recess, which ends on Sept. 9.

The US declaration comes as UN experts have gathered evidence in Syria to determine whether chemical weapons attacks have taken place. They are now analysing samples.

Arab League foreign ministers have also urged the world community to “take the deterrent and necessary measures” against Syria.

But several members – including Lebanon and Iraq – did not back the call.

Al-Azhar statement condemned the use of chemical weapons, stressing Syrian peopleâ€™s right to determine their own future.

“Al-Azhar denounces the use of chemical weapons, regardless of who uses them,” the statement read.

“It underlines the right of the Syrian people to determine their own future and choose its own rulers in complete freedom and transparency.”

More than 100,000 people have been killed in two years of civil war between Assadâ€™s security forces and opposition forces.

The fighting has forced more than one million Syrians to flee their home to neighbouring countries in addition to the displacement of two millions others inside the country. 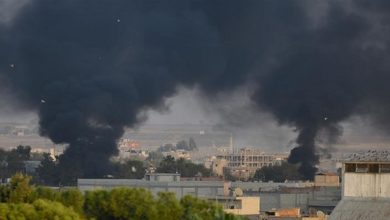 In Qatar, Tillerson says Saudi Arabia not ready to talk